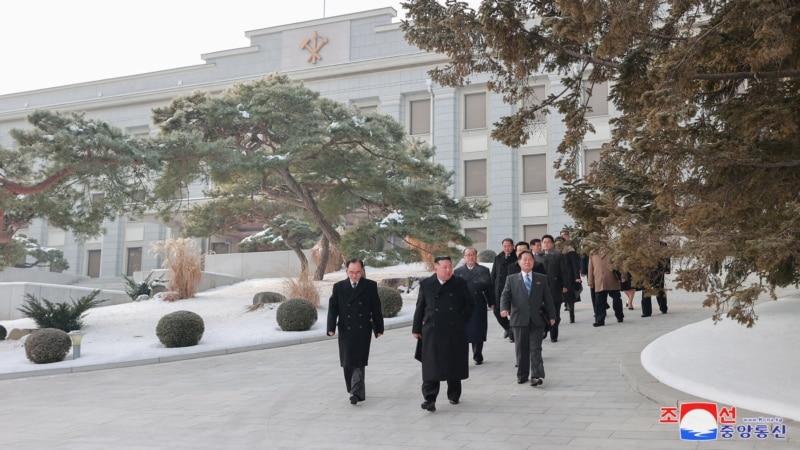 South Korea’s military expressed regret that it failed to shoot down any of the five North Korean surveillance drones that intruded into South Korean airspace, as Seoul officials vowed Tuesday to prevent future incursions.

One of the drones flew as far as the northern Seoul metropolitan area Monday afternoon before returning to North Korea about three hours later. But the South’s military lost track of the other four aircraft and they have not been found, according to officials.

In a statement Tuesday, South Korea’s Joint Chiefs of Staff admitted that the country’s air defenses are better equipped to detect and strike North Korea’s armed drones, which are larger and pose a bigger threat. The surveillance drones sent Monday were less than 3 meters long, it said.

The incident highlights the challenges of guarding against small, rudimentary unmanned aerial vehicles, or UAVs, which have proven increasingly effective in modern warfare.

In response to the North Korean incursion, South Korea’s military said it will boost air defenses, including by establishing a special drone unit and by acquiring the ability to bring down enemy UAVs using radio waves and lasers.

“The military’s lack of preparedness has caused a lot of concern for people,” it added.

It still isn’t clear what North Korea intended to accomplish by sending the drones. Pyongyang has not commented on the action, which is the first reported North Korean drone incursion in more than five years.

In past incidents, crudely built North Korean UAVs took pictures of South Korean defense and government facilities before crashing on their way back to the North, according to South Korean government assessments.

With none of the drones from Monday yet located, South Korean media were filled with false alarms and other unconfirmed reports.

Also Tuesday, local officials in the Ganghwa border region, where the drones were first spotted, reported detecting one of the UAVs in flight. The South Korean military later said local officials were actually observing a flock of birds.

Many local residents are unsettled.

“It’s fortunate that they are not armed drones or a big fighter jet,” said Shim Yeonmi, a 32-year-old who runs a cafe in the Ganghwa area. “But I still feel uncomfortable with the fact they are taking pictures and that we don’t know where they are now,” she told VOA.

The incident is raising questions about South Korea’s air defenses.

According to military officials, South Korea fired about 100 shots in its failed attempt to bring down the drones. Those efforts were complicated by the fact that the drones were flying in populated residential areas, officials added.

One of the South Korean aircraft involved in the response – a KA-1 light attack aircraft – crashed east of Seoul, though officials have not explained why. Neither pilot in the plane was injured, officials said.

South Korean officials have still not released any images of the drones or confirmed that any of the videos circulating in local media were in fact of the North Korean aircraft.

“We had been planning to establish a drone unit to carry out surveillance and reconnaissance operations on North Korea’s key military facilities, but in the wake of yesterday’s incident, we will move up the drone unit’s establishment as much as possible,” he said, according to the Yonhap news agency.

“I think the (South Koreans) can bolster their air defense and deploy some kind of small interceptors, but that comes with a cost, and it takes time,” said Pinkston, a U.S. Air Force veteran who writes about Korea defense issues.

Rudimentary drones have taken on a bigger role in recent global conflicts, including Russia’s war in Ukraine.

The U.S. has said it supplied Ukraine’s military with highly effective Switchblade drones, which serve as tiny, guided missiles that can dive-bomb onto targets.

According to Ukrainian officials, Russia has also used small and relatively cheap Iranian-made drones to hover over targets and fly explosives into buildings in Kyiv and other Ukrainian cities.

Ukrainian military officials claim to have intercepted many of the drones from Russia. In contrast, South Korea hasn’t succeeded in downing any of the North Korean drones. Though analysts said those UAVs pose a lesser threat, they are still a concern for Seoul, said Pinkston.

“With the changes in warfare we’re all seeing in Ukraine, it’s something everyone is internalizing and trying to adapt (to),” he said.