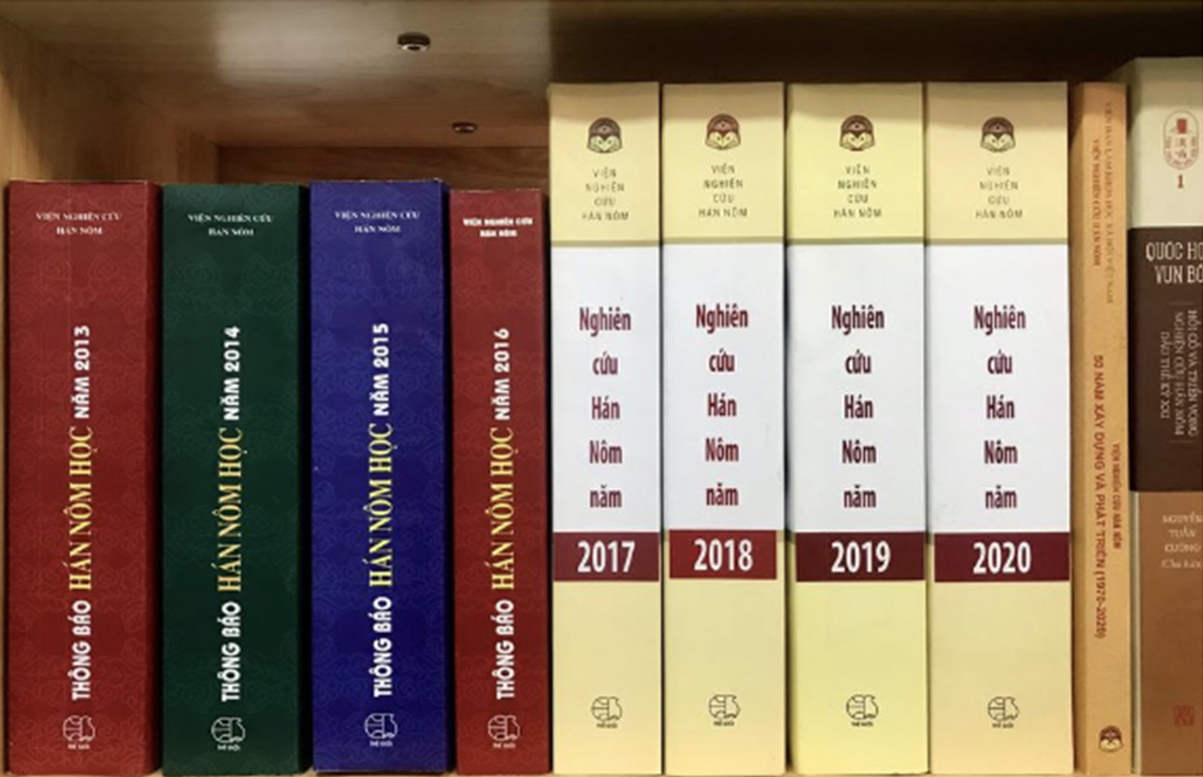 Hanoi’s Institute of Sino-Nom Studies says it has lost 25 books written in traditional Vietnamese Nom script, one of which is “relevant to Vietnam’s sovereign territory,” according to the deputy head of the literature department, Nguyen Xuan Dien.

Posting on his Facebook page on Tuesday, a day after the institute’s annual meeting, Dien said the books were “extremely important for national culture.”

The institute said Wednesday the books were among 35,000 volumes it had cataloged and preserved at the request of the Vietnam Academy of Social Sciences

When it inspected the inventory in April 2020, for the first time in over 10 years, it discovered that 29 books were missing. Four of the books were later found on the wrong shelves.

Among the books still unaccounted for are four written by scientist Le Quy Don and two books which record the precise geography, boundaries and borders related to Vietnam’s sovereign territory, according to Dien.

The country has claims in the Spratly archipelago — also claimed by China, the Philippines and Taiwan – and the Paracel archipelago, where China claims all the islands and has built a military base to oversee the region.

A report this month by the Asia Maritime Transparency Initiative (AMTI) at the Washington-based Center for Strategic and International Studies said Vietnam had been stepping up reclamation work on features in the Spratlys, creating 520 acres (210 hectares) of new land in the past 10 years.

In an article in the Thanh Nien newspaper published on Wednesday Institute Director Nguyen Tuan Cuong said it was hard to gauge the significance of the missing volumes.

“Among the above 25 books, there are books that have been carefully studied and some that have not been studied, so their importance has not been identified. To determine the importance of all 25 books would take a lot of research,” he said.

Also missing is the first collection of Vietnamese poems written in Chinese, compiled in the 15th Century by historians Phan Phu Tien and Chu Xa.

“The Viet âm thi tập [Vietnamese poem collection] is a valuable ancient book, not only in terms of poetry and literature, but also a rare document in terms of history, because of the references contained in the book. In addition, it shows the printing technique of Vietnam at that time,” Dien told RFA.

“The most outstanding feature of Viet âm thi tập is the pride it takes in the cultural traditions of the Vietnamese people, especially its unique voice with the beauty and soul of Vietnam.”

Dien said only one person has a key to the ancient library and only the institute’s director has the right to authorize the removal of books from the warehouse and to permit people to look at copies of the books in the reading room.

He said he had asked the director to report the loss of the books to the police but he did not do so.

In an email to RFA, Director Nguyen Tuan Cuong said the institute had posted a statement about the incident on its website.

“Other things are being handled by the organization, there is no official information yet,” he said.

RFA also emailed the institute’s governing body, the Vietnam Academy of Social Sciences, but has not yet received a response.

The institute said although 25 books have gone missing it has made photocopies and scans of the pages so their content has not been lost.

Translated by RFA Vietnamese. Written in English by Mike Firn.