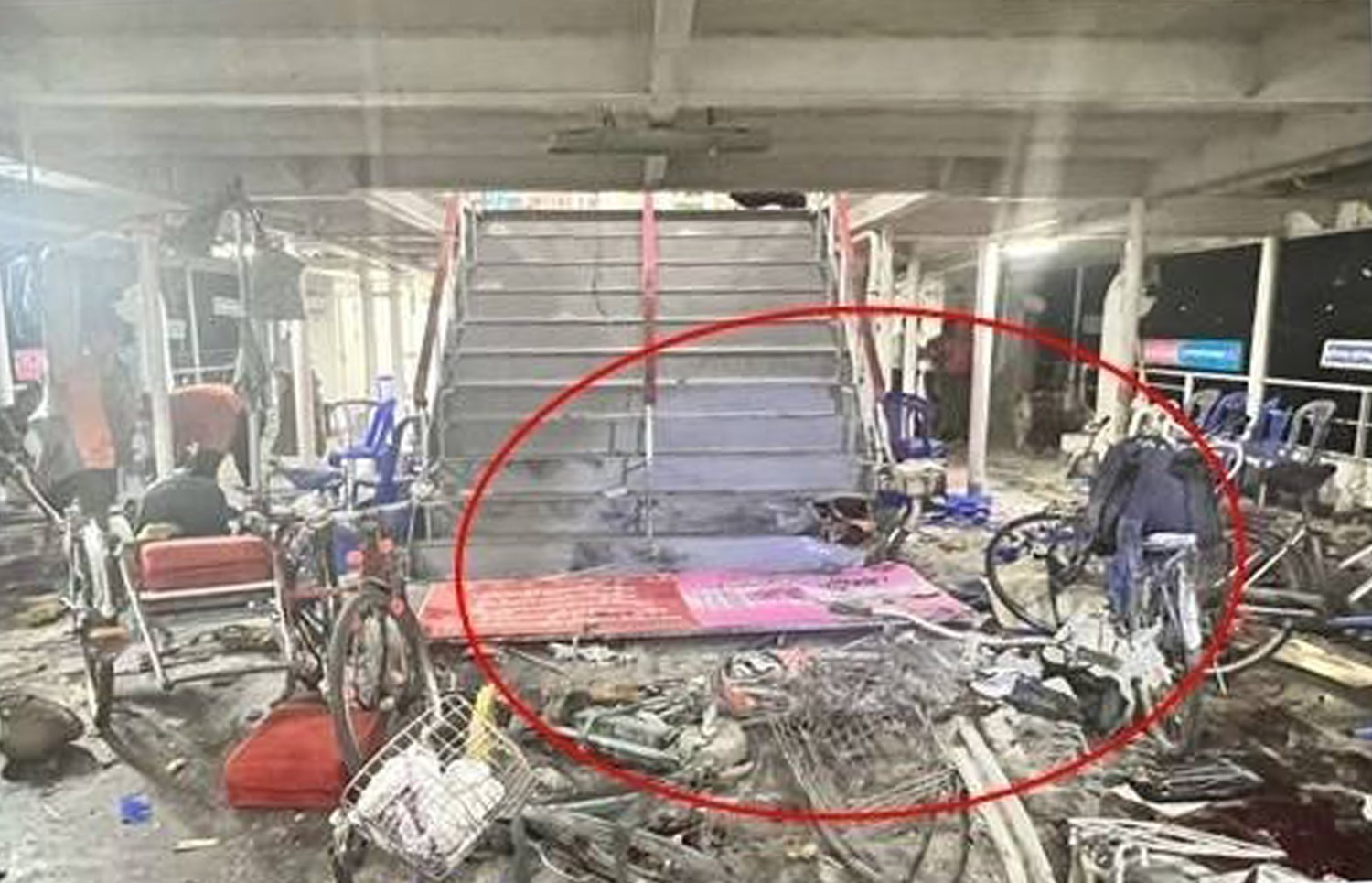 A suspected mine blast injured 17 passengers traveling on a ferry from Yangon to Dala township, many of them seriously.

The Cherry 2 ferry was crossing the Yangon River on Sunday night when an explosion on the lower deck ripped through the vessel.

The injured – 15 men and two women aged between 18 and 40 — were rushed to Yangon General Hospital for emergency treatment.

“The explosion was very loud. I was 200 yards (183 meters) from the ferry boat and I was trembling,” a member of the volunteer rescue team, who did not want to be named for safety reasons, told RFA.

“Most of the passengers were hit in their legs, and there was excessive bleeding. All of them were sent to the General Hospital by the rescue team members to stop the bleeding. There were no deaths.”

Some local news organizations reported that five of the injured bled to death on Monday morning but Yangon General Hospital Director Dr. Thida Hla confirmed to RFA that no one died.

The junta’s information group told RFA the ferry left Yangon’s Pansodan jetty heading to Dala at 6:40 p.m. on Sunday. It said a hand-made mine exploded when the ferry was 50 meters (164 feet) from the shore, injuring 17 people.

No group has claimed responsibility for the blast. Local anti-junta guerrilla group Yangon People’s Brigade issued a statement condemning any act that harmed the public and expressing sympathy for the innocent victims.

A Dala resident, who also requested anonymity, told RFA locals from Dala, Twantay and Kungyangon townships take the larger Cherry boat from Yangon as it only costs the equivalent of 9 cents, compared with small boats that cost 47 cents. He said he did not support the bombing of civilian targets by guerilla groups or the junta.

“I condemn the bombing of such a place, whether it was carried out by a People’s Defense Force or the State Administration Council. There must be accountability for this incident,” he said.

In July two people died and nine more were injured in a bomb blast near the Dagon Center, one of Yangon’s busiest shopping malls. No group claimed responsibility for the explosion.

Translated by RFA Burmese. Written in English by Mike Firn.