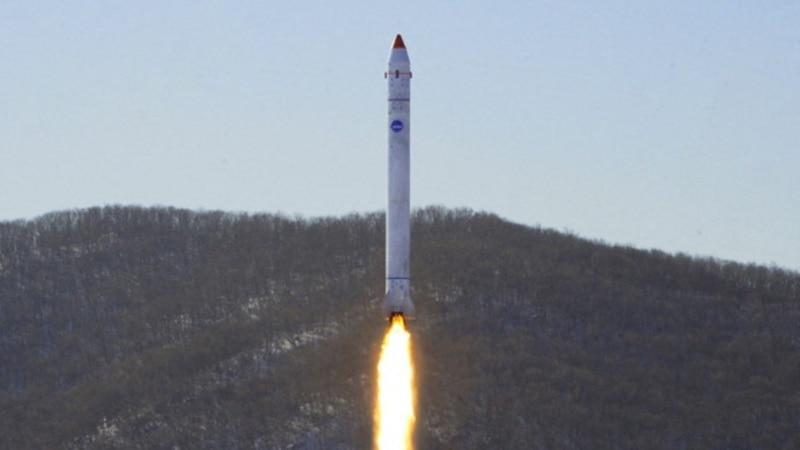 North Korea claimed Monday to have taken satellite photos of the South Korean cities of Seoul and Incheon, as its state media boasted of success toward developing its first military spy satellite.

Along with pictures of the launch, KCNA posted a pair of low-resolution, black-and-white images of Seoul and Incheon, presumably taken from the mock satellite.

The test was meant “to evaluate the capabilities of satellite photography and [the] data transmission system and ground control system,” KCNA said.

Preparations for the spy satellite will be completed by April, the report added, citing officials from North Korea’s National Aerospace Development Administration.

In March, Kim said North Korea planned to launch “a lot” of spy satellites into orbit to provide “real-time information” on what it called the “aggression troops” of the United States and its regional allies.

The military significance of such developments is unclear. North Korea has not revealed how many spy satellites it intends to keep in orbit simultaneously. Analysts are also uncertain about the quality of imagery they will produce but say North Korea may still attach propaganda value to a domestic satellite program.

The resolution of the latest images is lower than commercially available satellite photos, said Dave Schmerler, a senior research associate at the U.S.-based James Martin Center for Nonproliferation Studies.

“But they’re working on it,” Schmerler said. “They’re going to commit to the juche idea of independent development and build from the ground up,” he added, referring to North Korea’s official political ideology, which stresses self-reliance.

North Korea has placed at least two satellites into orbit — the latest in February 2016 — but neither are believed to be working. Pyongyang claimed those launches were part of its peaceful space development program.

The United States and its allies condemned those launches as thinly disguised tests of long-range missile technology. North Korea is banned from any ballistic missile activity under multiple United Nations Security Council resolutions.

This year, North Korea has launched a record-high number of missiles, including intercontinental ballistic missiles, which can likely reach the mainland United States.