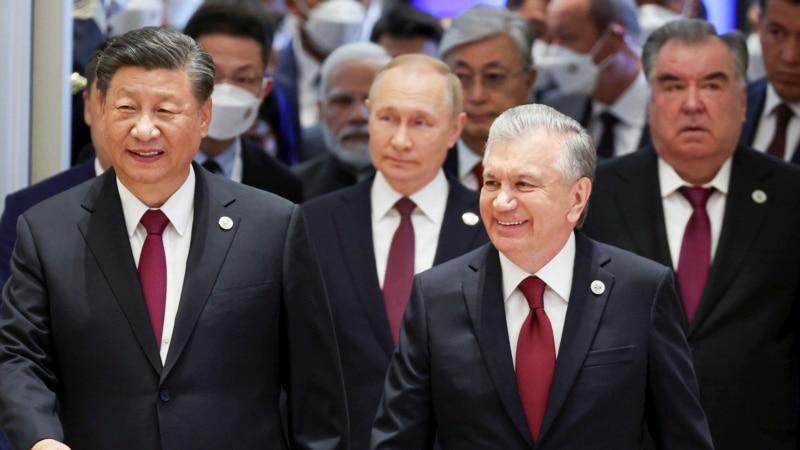 Rising domestic demand is forcing Kazakhstan and Uzbekistan to cut back or halt natural gas exports to China, prompting a shakeup of regional energy markets and a rethinking of trade relationships across Central Asia. Meanwhile, American experts have been urging the West to invest in the region’s energy infrastructure, arguing that this kind of support “will create steady partners and balance Chinese and Russian ambitions.”

Residents in Central Asia not only face bitterly cold winters but also endure energy cuts during this season. They blame the government for corruption and lack of accountability, but authorities blame decreasing production and supply bottlenecks.

“Stop exporting, start delivering!” blare many social media debates in Uzbekistan, to which officials respond: “We are not exporting. … This is all we have.”

“We import natural gas in winter to meet domestic needs and export it in summer to return the gas we have received,” said Jurabek Mirzamahmudov, Uzbekistan’s energy minister.

The China-Central Asia pipeline from Turkmenistan carries gas across Uzbekistan and Kazakhstan.

In the first quarter of 2022, Turkmenistan, China’s largest gas supplier, delivered $2.87 billion worth, according to official Chinese data. Ashgabat increased gas exports by 53% this year, with October’s cost volume amounting to $8.23 billion.

Kazakhstan, selling $270.6 million worth of gas to China at the beginning of the year, will halt exports, instead using it for domestic consumption. The government has warned that gas prices, currently subsidized by exports, will rise.

Uzbekistan aims to end gas exports in coming years due to rising domestic demand. This year its plan is to export 3.3 billion cubic meters, a notable decrease from 2019, when it sold 12.2 billion cubic meters. China’s General Administration of Customs reported that Uzbekistan exported $132.8 million in gas to China from January to April.

Meetings in Tashkent with Chinese Vice Premier Hu Chunhua in early December indicated the countries are working toward boosting business and aiming to grow annual trade to $10 billion from about $8 billion.

Official news agency Xinhua highlighted that “Uzbekistan is willing to deepen cooperation with China in such fields as trade, investment, transportation, energy, infrastructure … and advance the China-Kyrgyzstan-Uzbekistan railway and other connectivity projects to benefit people in the two countries and the region.”

“China wants to engage and invest in Central Asian resources as a bridge towards markets in Europe, towards hydrocarbon resources and politically friendly parts of the Middle East, such as Iran, and increasingly Saudi Arabia and Iraq. … It wants to reshape the international economic order,” said Wesley Hill, one of the authors of a recent report from Washington-based International Tax and Investment Center (ITIC), which focused on Central Asia’s energy potential.

In Kazakhstan, Chinese President Xi Jinping announced the Belt and Road Initiative in 2013, a vision of building land and sea trade routes from China to other countries through investments and infrastructure. Kazakhstan was also the first country Xi visited since COVID-19 became a public health emergency.

Kazakhstan earns 40% of its revenue from oil, but 80% of the energy exports pass through Russia via the Caspian Pipeline Consortium.

“Over 70% of our oil exports go to the European Union,” he told journalists and experts gathered at George Washington University on December 6. “Kazakh oil exports account for more than 1.5% of global supply.”

As the West intensifies ties with Central Asia, American analysts caution that Russia is likely to weaponize energy, intimidating regional exporters, “hoping to prevent their role as potential suppliers to Europe. Similarly, China could attempt to increase its leverage while Russia is preoccupied in Ukraine and protect its own economic interests.”

Like many reports from U.S. think tanks, the ITIC study also stresses multivector cooperation and regional integration, underlining “these are not in Russian or Chinese interests.”

“Western investment — both government-directed and private — should prioritize the energy infrastructure of states whose resources make them best able to meet current demand: Kazakhstan, Uzbekistan, and Turkmenistan,” the ITIC publication says.

By supporting the region’s energy industry, the ITIC experts urge, “the democratic world will create steady partners and balance Chinese and Russian ambitions.”

Observers in Washington agree, this is a time of economic uncertainty and assertive Russian aggression.

“They are sympathetic to Ukraine and wary of Russia. But Russia is willing to muck around,” he said.

“We and Central Asians don’t want the region to be stuck between Russia and China.”

“Economic engagement is key but largely depends on these countries’ willingness to reform. In Uzbekistan and Kazakhstan, specifically, Washington should hold governments accountable for their promises, while providing technical support,” Stronski said.

The ITIC report noted, as energy exporters, Central Asian states must continue “market liberalization and anti-corruption reforms, building confidence that energy and infrastructure projects will not be hindered by grift, needless roadblocks, expropriation, or confiscatory and punitive taxation” and ensure the rule of law to be attractive “safe harbors for foreign investment.”