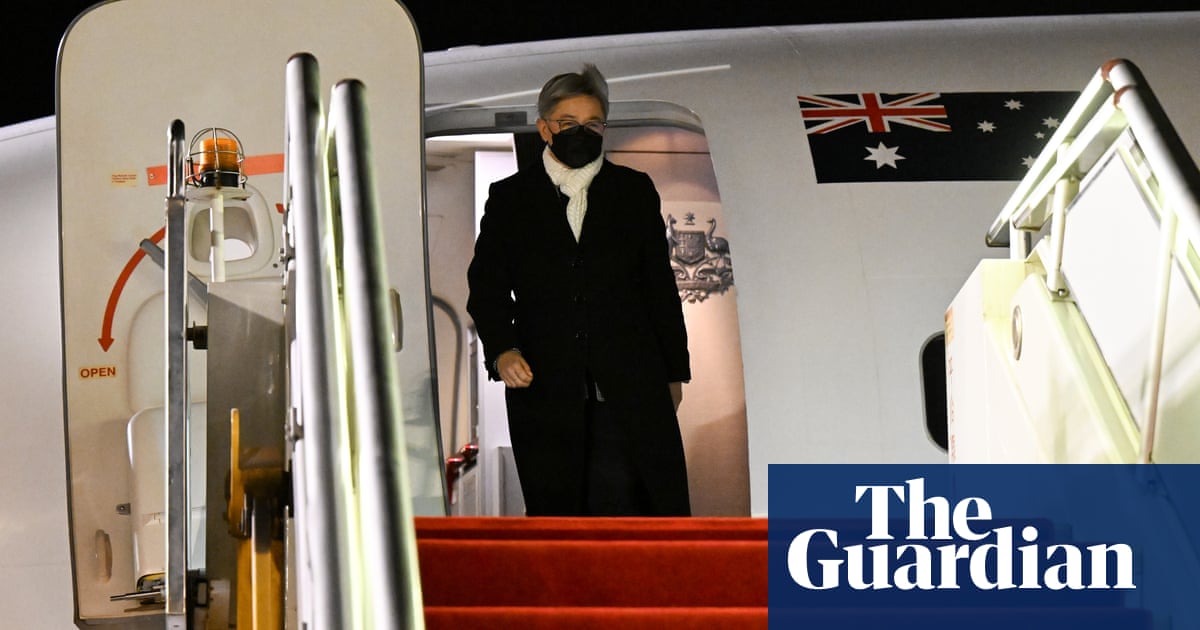 Australia’s foreign affairs minister, Penny Wong, has raised human rights, detained citizens and “trade blockages” in talks with her Chinese counterpart in Beijing on the 50th anniversary of diplomatic relations between the two countries.

Wong, the first Australian minister to visit China in three years, brought up the sensitive issues while declaring that small and medium-sized countries in the region wanted China and the US to responsibly manage their tensions.

Wong met with China’s foreign minister and state councillor, Wang Yi, in Beijing on Wednesday. They agreed to begin or resume dialogue in a range of areas, including trade and economic issues, consular affairs, climate change, defence, and regional and international issues.

“When we last spoke, state councillor, you said a sound Australia-China relationship is not in contradiction with safeguarding national interests. I agree,” Wong said.

“We can grow our bilateral relationship and uphold both of our national interests if both countries navigate our differences wisely.

“With that in mind, today I would like to discuss in the course of this meeting several issues of importance for Australia, which include consular matters, trade blockages, human rights and the global rules and the norms that underpin our security and our prosperity.”

The trade blockages refer to Beijing’s tariffs, bans and other restrictions on a range of Australian exports, including wine and barley, which were rolled out at the height of the diplomatic rift in 2020.

In a press conference after the 90-minute meeting, Wong said the two sides had “agreed to maintain high-level engagement” after Australia requested “more structured dialogue” to resolve the trade issues.

The minister confirmed she had raised the cases of the detained Australian journalist Cheng Lei and writer Dr Yang Hengjun.

Australia raised the matter “in every senior level engagement that we are able to” with China, she said, pushing for “those Australians to be reunited with their families as soon as possible”, but also the resumption of regular consular access.

Wong told reporters she had communicated Australia’s “principled view about the observance and respect for human rights”.

“That applies in terms of our views about Xinjiang or Tibet or Hong Kong – those are principles that Australia will continue to advocate and, as you would expect, I did so [in the meeting].”

It is unknown how Wang responded but the Chinese government generally denies accusations of human rights abuses and urges countries not to interfere in what it considers its “internal affairs”.

Wednesday’s meeting was arranged after China’s president, Xi Jinping, met the Australian prime minister, Anthony Albanese, in Bali last month – the latest step in what the Australian government calls a “stabilisation” of the relationship after five years of turbulence.

At the low point in 2020, China blocked phone calls between Australian government ministers and their direct counterparts and rolled out trade actions that the then prime minister Scott Morrison branded as “economic coercion”.

Wang opened the talks at the Diaoyutai State Guesthouse in Beijing by saying Wong’s visit had “great significance”.

He said the trip showed the Australian government “attaches importance to, and is positive about, upholding improving and developing China-Australia relations, which we highly appreciate”.

“In the past few years, our relationship has encountered difficulties and setbacks,” Wang said. “This is what we do not want to see. The lessons must be learned.”

Wang said China and Australia had “highly complementary economic structures” with “no historical grievance or fundamental conflicts of interests”.

China, he said, was ready to “start again on this journey to further improve our bilateral relations and move it forward in a sustainable manner”.

Wong replied that when Labor prime minister Gough Whitlam moved to establish diplomatic ties with the People’s Republic of China 50 years ago, it was “at a time when nations had to work together to prevent geopolitical competition from descending into conflict and chaos”.

She said the world now found itself “facing great challenges, including contest, climate and, of course, Covid-19”. Wong said dialogue “better enables us to manage these challenges”.

Wong called for “guardrails between the United States and China”.

“Middle and smaller powers of our region have a fundamental interest in pressing for responsible management of this issue,” Wong said.

“State councillor, we all share an interest in a region that respects sovereignty, that is peaceful, that is stable and is prosperous.”

Wong thanked Wang for his “personal contribution to the stabilisation of the relationship between our two countries this year”.

A joint statement published after the meeting said China and Australia had agreed “to a relationship based on mutual respect, equality, mutual benefit and navigating differences”. The two ministers also vowed to support visits by business delegations and other high-level talks.

Earlier, Albanese said Wong’s visit was “a very good thing” because “out of dialogue comes understanding”.

“President Xi has written me a very warm letter congratulating Australia on the 50-year anniversary, in response to correspondence that I sent to President Xi,” Albanese said.

Chinese state media said Xi had indicated China was “ready to advance relations with Australia based on mutual respect [and] win-win principles”.

Australia and China have been at odds over a range of issues over the past five years, including the Turnbull government’s foreign interference laws and ban of the Chinese telco Huawei from the 5G network. The 2020 rupture followed the Morrison government’s early calls for an inquiry into the origins of Covid.

Despite the Albanese government promising a change in tone and to step up engagement with China, it maintains that it has not retreated from any substantive policy positions, and it continues to pursue the Aukus security deal with the US and the UK.

Additional reporting by Clare Armstrong of News Corp Australia and Matthew Knott of the Nine newspapers, the designated pool reporters on the ground