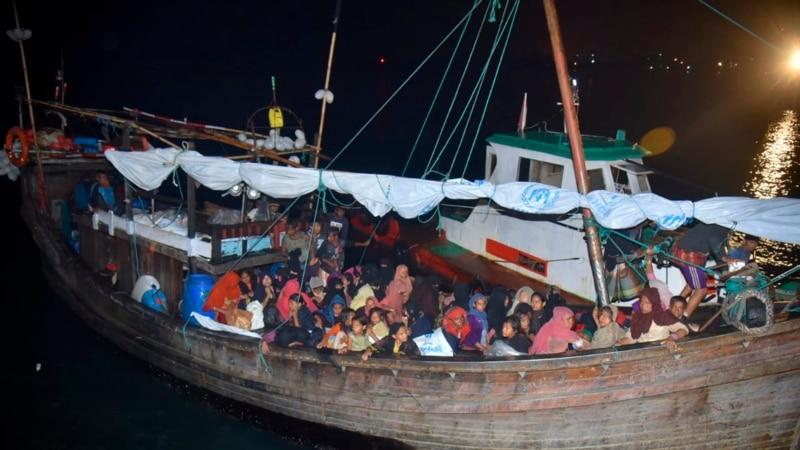 A Rohingya activist group reported Wednesday that a powerless boat carrying more than 150 Rohingya refugees has been located close to Aceh, Indonesia. Two days ago, the vessel was reported drifting in Indian waters around Andaman Islands without food and water.

“The boat is no longer located in India’s SAR region but close to Aceh, in Malaysia’s SAR region,” Chris Lewa, director of the Arakan Project, which works in support of Rohingyas and monitors the movement of the refugees around southeast Asia, told VOA.

On December 16, the United Nations issued a statement urging countries in the region to assist the boat, which had sailed from Bangladesh and had been drifting without power for two weeks around the Andaman Sea.

“Several reports indicate dozens of people have already died during this ordeal, while survivors are hungry and thirsty without access to food and water and suffering from sickness,” the U.N. statement said. “Quick action is needed to save lives and avoid further deaths.”

‘We are starving to death’

On Tuesday, quoting Rohingya support groups and a Bangladesh-based Rohingya activist, news reports said that the boat, with its engine not functioning for several days and carrying around 150 refugees was stranded off India’s Andaman Islands.

Mohammed Rezuwan Khan, a Rohingya activist in Cox’s Bazar, Bangladesh, where more than 1 million Rohingya refugees live in squalid camps after fleeing violence in Myanmar, told reporters on Tuesday that he had spoken to the captain of the boat by phone on Sunday and knew that for eight to 10 days they had been without food and water and three people had died.

Khan said the captain of the boat told him: “Please arrange to rescue us immediately. We are starving to death.”

Khan told VOA Tuesday that the boat had left Bangladesh in November and was bound for Indonesia from where the refugees had planned to land in Malaysia.

“As I spoke to the boatman, I overheard men and women passengers crying for help. ‘We are starving to death. Please rescue us.’ They were crying,” Khan told VOA.

Reuters, quoting Lewa of Arakan Project, reported early Wednesday that as many as 20 people on the boat might have died.

Adrift up to three weeks

While many were speculating that the boat soon would be rescued by the Indian Coast Guard in Indian waters, Arakan Project reported to VOA late Wednesday that the disabled boat had been spotted close to Aceh, the northern tip of Indonesia, in the previous few hours and had not yet received any aid.

“This Rohingya boat in distress has now been adrift for up to three weeks despite repeated appeals for rescue,” Lewa told VOA.

She said that it was appalling that several countries in the ASEAN region had not bothered to search for the refugees and provide basic life-saving assistance even though its location had been transmitted on a regular basis.

“For the sake of humanity, I urge Malaysia and/or Indonesia to immediately send a rescue mission and allow them to disembark safely,” she added.

To escape hardship in the congested refugee camps in Bangladesh, many Muslim Rohingyas seek to flee to Muslim-majority Malaysia, where several thousand members of the community live. Human traffickers operate illegal boat ferries across the sea to take refugees from Bangladesh to Malaysia.

The journey aboard the illegal ferries is fraught with life-threatening risks, and hundreds have died during the journey in the past years.

According to a U.N. refugee agency report, since January this year, at least 161 mostly Rohingya refugees died or went missing during their perilous journey from Bangladesh and Myanmar to Malaysia.