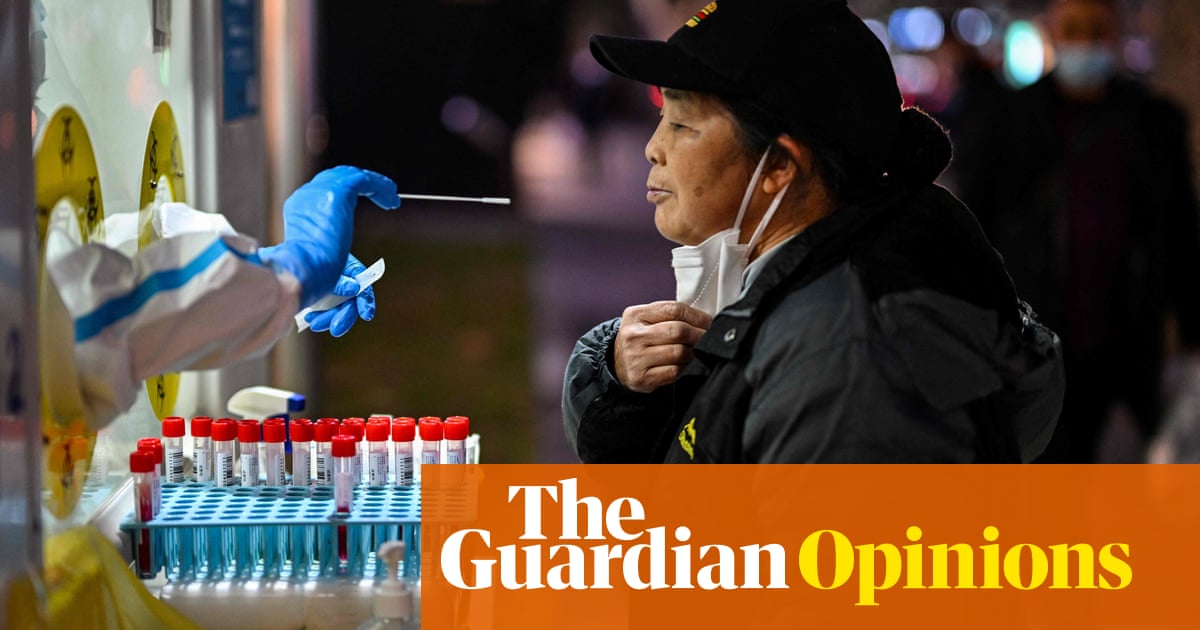 The Chinese government has changed its approach from “zero Covid” to “living with Covid”. This is largely because the virus has become too transmissible to contain: new variants have emerged that cause one person to infect an estimated 16 others. As part of this shift towards “living with Covid”, entire cities are no longer in lockdown, restrictions have been lifted on domestic travel and people who test positive can now isolate at home instead of at government facilities. Testing has become voluntary, and asymptomatic cases of Covid-19 are no longer being counted. Meanwhile, the government is urging vaccine uptake among elderly people and vulnerable groups.

What is baffling global health experts is why China took so long to vaccinate these groups, and why the government didn’t accept western vaccines such as the mRNA vaccines, which proved to be the most effective at preventing severe illness. The US director of national intelligence, Avril Haines, said Xi Jinping seemed “unwilling to take a better vaccine from the west, and is instead relying on a vaccine in China that’s just not nearly as effective against Omicron”. China’s government insisted on trying to develop its own vaccine, which caused a costly and deadly time delay. While many other nations vaccinated their populations in 2021 and boosted in 2022, rates of vaccination in China are comparatively low: only about 50% of the population have received three shots.

The true extent of Covid-19 in China is now unknown, given the fall in testing. Other countries have learned the painful way that pretending Covid-19 doesn’t exist doesn’t mean the disease disappears. Experts following the situation estimate that 60% of the Chinese population (accounting for 10% of the world’s population) will be infected in the next 90 days. Given these infection levels and the population’s low immunity, deaths could rise to close to 9,000 a day by the end of March.

But like the true number of Covid cases, China’s official death toll isn’t reliable right now. The Chinese government isn’t reporting Covid-19 deaths: as crematoriums fill up, officials are staying quiet. The health system is struggling as hospitals race to recruit medical staff. Retired medics are being asked to return and student doctors are being placed on the frontline. If the healthcare system collapses, patients will die from all causes requiring medical care – whether a heart attack or a road traffic accent. This has always been the main challenge of Covid-19, given its high hospitalisation rate.

China’s experience reinforces what health and economic experts have long known: the trade-offs in a pandemic are not between “the economy” and “health”. The spread of Covid is causing staff shortages because illness is leading to factory and transport shutdowns. In one factory in the eastern province of Shandong, only 20% of staff came to work last Friday (the rest were off sick due to Covid-19). While restrictions such as sector shutdowns harm the economy, letting the virus spread doesn’t mean the economy can go on as normal. If people are ill and cannot work, or are too scared to travel or consume in restaurants, then the economy simply doesn’t function as before.

This is the real lesson from Sweden, which tried to avoid mandatory restrictions before entering an emergency lockdown in the winter of 2020. By contrast, Norway quickly implemented early restrictions in March that year. Sweden’s death toll is 12 times higher than Norway’s when adjusted for population size. Both countries suffered a similar economic toll in 2020.

Delaying and preventing infections in 2020, whether through robust test and tracing and border measures (as in South Korea or New Zealand) or through strict restrictions on mixing (as in Britain), allowed countries to buy time before life-saving scientific tools were available. During the first year of Covid-19, several safe and effective vaccines were developed, two effective treatments were identified and doctors established better clinical guidance to improve patients’ chances of survival. The race then began to make these treatments and solutions available to everyone and to reopen economies. Countries that did this quickly, such as South Korea, Norway, Denmark, Japan and New Zealand, managed to escape the huge Covid-19 death tolls that countries such as Britain, Sweden and the US experienced.

Now, China has started the difficult journey of learning to live with Covid. The disease has proved one of the most difficult to manage because of how it spreads, the range in severity of disease (some people have no symptoms, while others die of it) and the time it has taken to develop scientific tools to reduce hospitalisations and deaths while keeping health systems functioning. This pandemic has also demanded data, humility and analysis, month by month, to assess the situation. Three years have passed, and governments that have access to vaccines and treatments should be managing this disease differently to how they were in 2020. Let’s hope China finds a way to do so quickly.