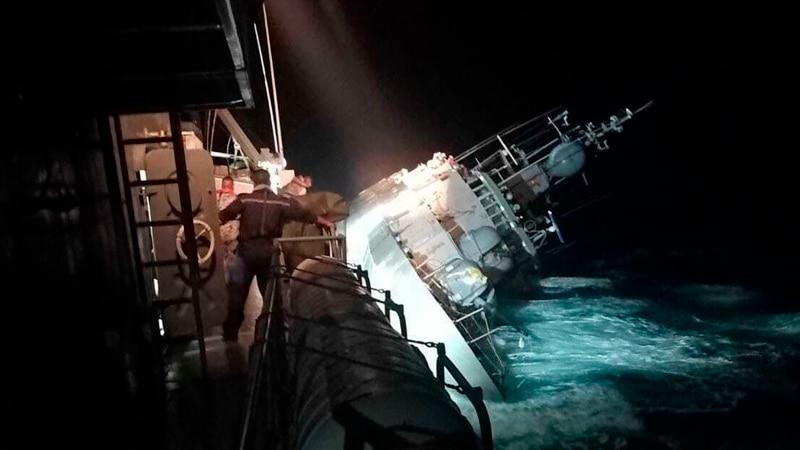 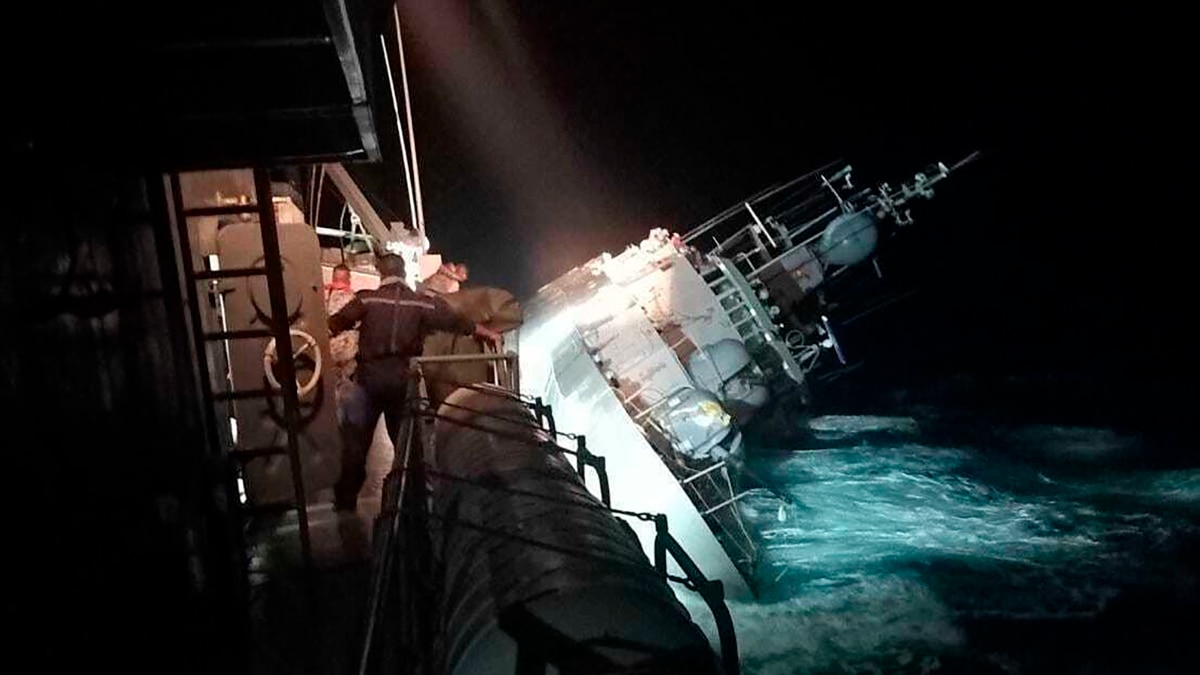 Rescuers found a survivor and recovered five bodies from a Thai warship that sank over the weekend in the Gulf of Thailand, navy officials said Tuesday, as hopes faded for two dozen people still missing. Officials acknowledged there were not enough life jackets for all those aboard.

The HTMS Sukhothai, a corvette in service for 35 years, sank Sunday night in rough seas with 105 people aboard. The navy said an earlier tally of 106 people on board was incorrect because one sailor failed to join the journey.

Navy commander Adm. Cherngchai Chomcherngpat said initially at a news conference in Bangkok that two people had been rescued on Tuesday, but later said he had received updated information that only one person was alive and that five bodies had been recovered. According to those figures, 76 people have now been rescued, five have been found dead and 24 are still unaccounted for.

Navy Chief of Staff Adm. Chonlathis Navanugraha said the survivor and the bodies, along with some debris, were found about 60 kilometers (37 miles) from where the ship sank.

The survivor, identified as Chananyu Kansriya, was found floating in the sea at about 2 p.m. and was picked up by a passing cargo ship, according to the navy’s rescue coordination center at Bangsaphan in Prachuap Khiri Khan province, near the scene of the accident. A navy frigate was bringing him back to shore.

Vice Adm. Pichai Lorchusakul, commander of the 1st Naval Area Command, told reporters that Chananyu was in weak condition and would receive medical treatment on the frigate, which has facilities akin to a mobile hospital.

He was quoted by the Thai Rath newspaper as saying search efforts had been accelerated, but the missing could not be expected to survive in the sea for longer than two days.

The navy has deployed four large ships, two maritime patrol aircraft, two helicopters and a drone, and the air force has contributed one plane and one helicopter. Small boats could not be used because the sea remained extremely choppy, navy officers said.

The search is gradually moving south to take into account the currents, Capt. Kraipich Korawee-Paparwit, commander of one of the rescue ships, told Thai PBS television.

Strong winds and high waves caused seawater to enter the ship on Sunday evening, knocking out its electrical system and making control of the ship virtually impossible. Other naval vessels rushed to the scene, about 20 miles (32 kilometers) offshore, to try to assist the stricken vessel but could not do much because of the poor sea conditions. Because the ship could not be controlled, more water entered, causing it to list and sink.

Thailand’s Meteorological Department had issued a weather advisory for the general area just a few hours before the accident, saying that waves in the Gulf of Thailand were expected to be 2-4 meters (7-14 feet) high. It suggested that all ships “proceed with caution” and warned small craft not to go to sea until Tuesday.

Survivors interviewed by Thai television said there were not enough life jackets because the ship was carrying guests in addition to its normal crew, which the navy website said was 87 sailors and officers.

Navy Commander Cherngchai confirmed that was true in comments to PPTV television.

“This operation, they added staff from the Marine Corps and Air and Coastal Defense Command, about 30 people. This is why I think there were not enough life jackets,” he said.

A video of Vice Adm. Pichai speaking Tuesday at one of the rescue centers showed him confronted by a woman who said she was the mother of one of the missing sailors.

“My son called me with his friend’s phone when the ship started to sink. He said he did not get a life jacket and only a life buoy. As a parent, when I heard this, my heart was broken. If there were not enough life jackets, how much hope can you give me?” she said.

Prime Minister Prayuth Chan-ocha said he had assigned his deputy defense minister to visit the surviving sailors on Tuesday.

“Nobody wants this to happen,” said Prayuth, a former army commander who also serves as defense minister. “We will investigate the cause and never let it happen again.”