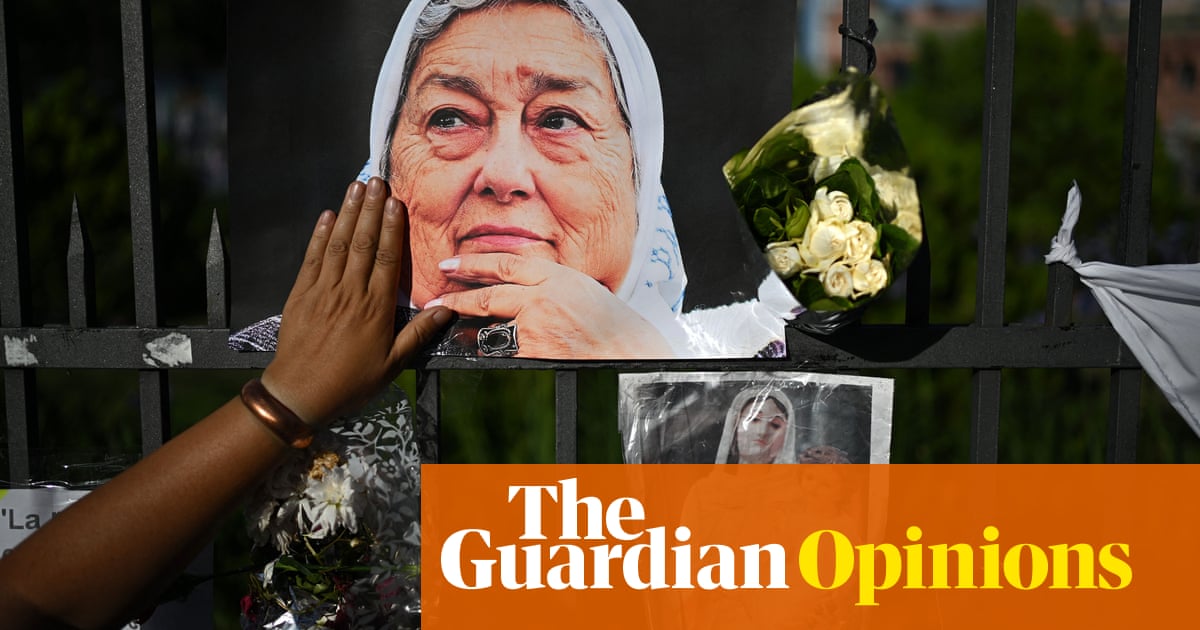 “We conquer death, dear children,” proclaimed Hebe de Bonafini, leader of Argentina’s Mothers of the Plaza de Mayo. She devoted decades to ensuring that her sons, “disappeared” by the military junta in the late 1970s, were kept alive, if only in memory. The Mothers at first demanded the return of their children and then the punishment of those responsible for seizing and killing them. The risks they took were immense: the group’s founders were abducted and thrown into the ocean from “death flights”. But as politicians, the church and almost all of the media remained silent, these working-class housewives stood strong and confronted a brutal regime.

Now Mrs Bonafini too is gone. With her death, at 93, the group has dwindled further, though old companions marched in homage under the blistering sun last Thursday as her ashes were scattered on the plaza. Each day, inevitably, more of those who bore witness to the crimes of the past are lost. In Israel, more than 15,500 Holocaust survivors died last year. More than a third of China’s Tiananmen Mothers – who demand justice for children killed in the bloody crackdown on 1989’s pro-reform protests – have died. This month saw the death of Bao Tong, the most senior official jailed for his sympathy for the demonstrators. At 90, he remained under constant watch by authorities, and was one of the few who dared to break the taboo around the massacre, saying that China could not move forward until it “completely repudiated” the killings.

With antisemitism on the rise in the US, growing denials of the junta’s crimes in Argentina, and increasing political repression in China, it is hard to have faith in the power of remembrance; easy to fear that all gains will be lost as those who mourn pass away. Yet Mrs Bonafini and her comrades showed how potent memory can be. Though Argentinian activist groups say about 30,000 dissidents were murdered in the dictatorship’s “dirty war”, that number would probably have been higher still had it not been for the glaring light that the Mothers of the Plaza de Mayo turned upon these crimes. Over 1,000 officers have been convicted over the atrocities so far in Argentina’s ongoing human rights trials.

Remembering the past is not only a way of addressing what has gone, however, but shaping what is to come. The Mothers of the Plaza de Mayo not only inspired groups around the world; at home, they transformed a deeply macho society in profound ways. Their legacy shone through the recent Ni Una Menos (Not One Less) movement that demands an end to violence against women.

Mrs Bonafini, an often controversial figure who became embroiled in a corruption scandal in later life, saw her own group split because of competing visions of its role following the end of the dictatorship. While other members wanted to focus on recovering their children’s remains and pursuing justice for them, she believed their memories were best kept alive by parents taking up their activism to radically reshape society. As Mr Bao observed, days before his death: “What matters for all of us is the future that we strive for.”