This means they will go into full retirement. 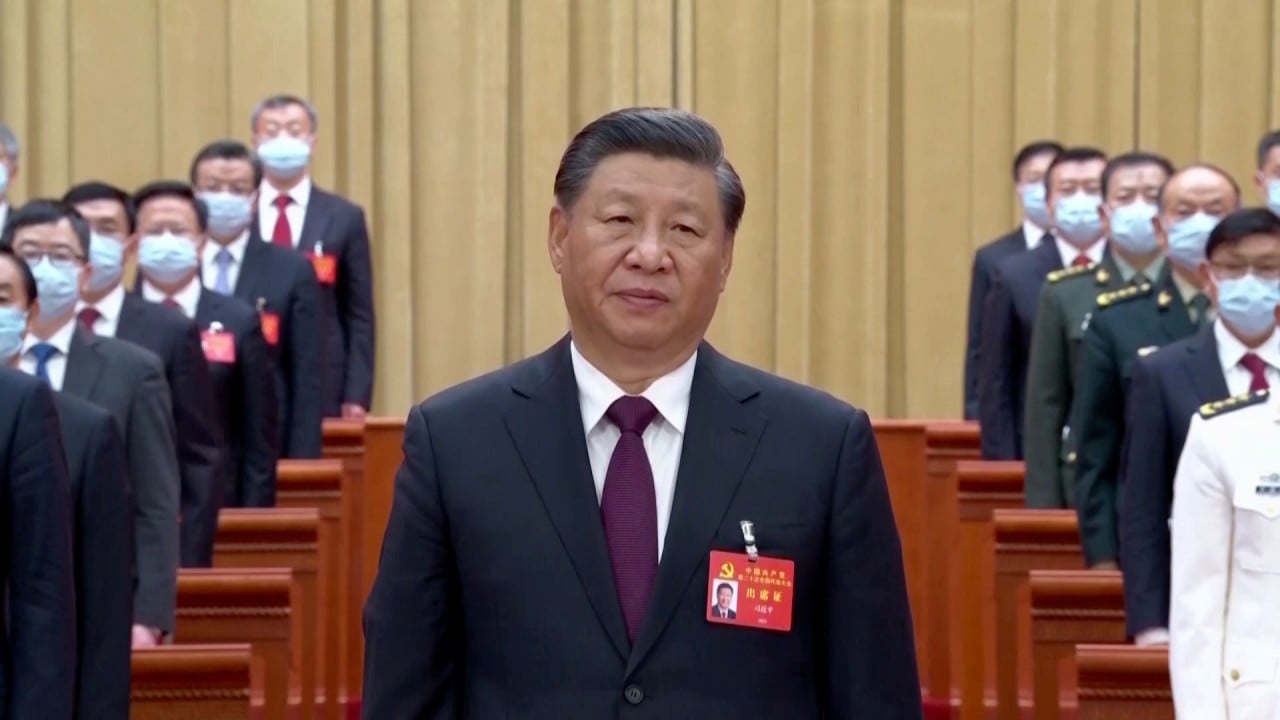 The Central Committee, with around 200 full members, reports to the 25-member Politburo, which is headed by the Politburo Standing Committee. Making the list is essential for any important state or government position.

The reshuffle is bigger than expected. Both Li Keqiang and Wang Yang are one year short of the customary retirement age of 68 and would have stayed, according to tradition.

But as Xi, firmly established as the most powerful political leader since Deng Xiaoping, begins his convention-breaking third term, he understandably wants to build a young team that could support him for the next five years and beyond.

By retiring the four veterans, Xi opens four seats at the top for the promotion of his choice of younger leaders.

Hu, sitting next to Xi, appeared fragile and confused. Before being led out, Hu briefly talked to Xi, who nodded and smiled back. Hu patted Li Keqiang on the shoulder when he walked passed the premier.

Xi then went on to deliver a short closing speech, hailing the decisions made at the congress to be “mission critical” to China’s rejuvenation.

According to his vision, by 2049, the centenary of the People’s Republic, China should become a leading power in all aspects. Before then the party will aim to turn China from the largest developing economy to a middle-to-high-income country by 2035.

Xi is now putting together a core team of his choice to help him achieve these goals in the next decade.

Apart from the changes in the Politburo Standing Committee, there were other surprises on Saturday.

Wang Yi, China’s most recognisable diplomat and foreign minister, retained his place on the list, meaning that he stands an excellent chance to be promoted to the Politburo, replacing outgoing Yang Jiechi as Xi’s top foreign policy aide.

Also staying on is General Zhang Youxia, who is now set to become the highest military commander of the world’s largest fighting force.

Zhang boasts battlefield experience and is a trusted ally of Xi. On Sunday he is set to become the first vice-chairman of the country’s supreme command, the Central Military Commission, which Xi heads.

Both Wang and Zhang have passed the customary retirement age. Wang, 69, is well over the statutory retirement age of 65 for ministerial-level officials. Zhang, at 72, marks an even starker exception. 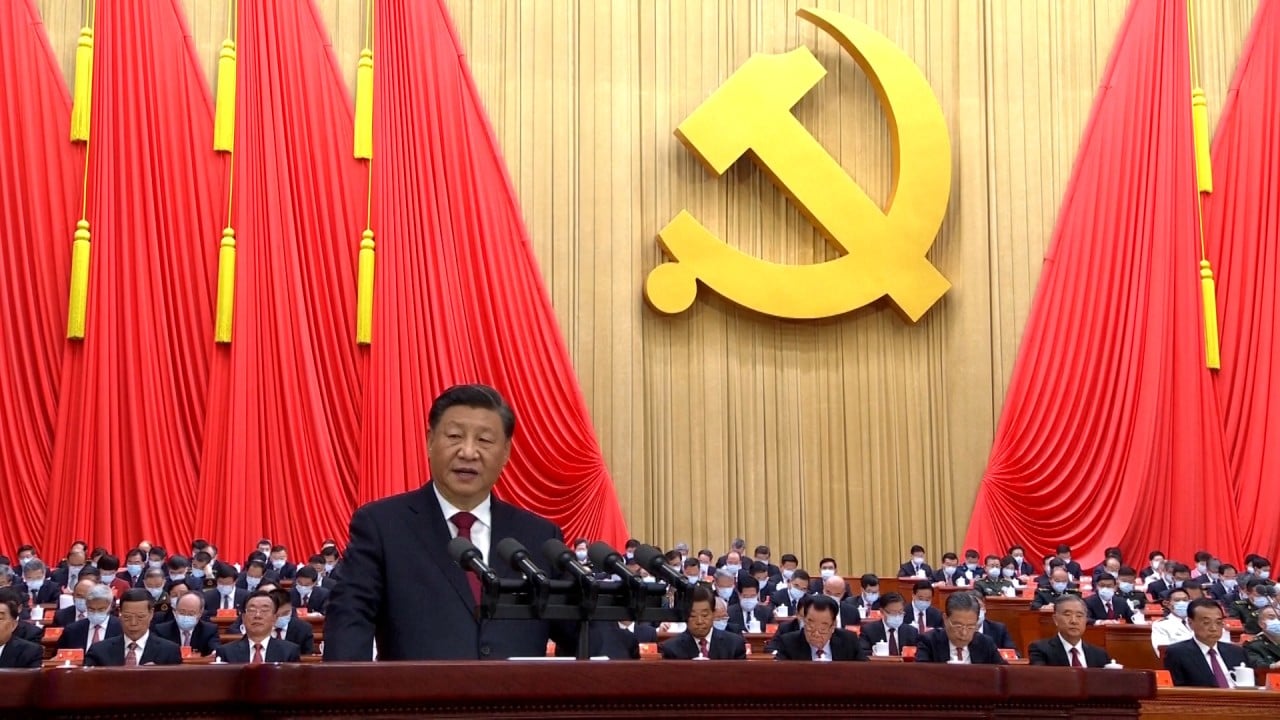 On the other hand, Chen Quanguo, former party chief of Xinjiang and Tibet, is not included in the new Central Committee, meaning that he would be retiring at the age of 66, two years short of the conventional cut-off for “party and state leaders”. Chen was promoted to Politburo five years ago.

There is also a sweeping change in the economic and financial sectors. Apart from the retirement of Li Keqiang, Vice-Premier Liu He – Xi’s top economic adviser and chief trade negotiator with the United States and European Union – is also not on the list.

The retirement of the 71-year-old is expected because of his age, but there is speculation that Xi might retain Liu’s service in some other capacity. Liu has been instrumental in shaping China’s economic structural reform, driving the deleveraging campaign and technology innovation for the past decade.

He Lifeng, chairman of the National Development and Reform Commission, is tipped to take over from Liu. Unsurprisingly, his name is on the Central Committee list.

Guo Shuqing, 66, who served as the party chief of the central bank and the chairman of the China Banking and Insurance Regulatory Commission, is also retiring.

In total, 135 out of 205 Central Committee members have been replaced.

The announcement on Saturday marks the beginning of a five-yearly reshuffle that will last until the annual legislative sessions in March.

While the meeting this weekend decides the line-up and hierarchy for the party leadership, the legislative sessions will formally unveil candidates for key state and government posts.

While Xi ushered in changes in personnel, he stuck to his guns on policy and strategy.

Many of his major policy concepts – such as “common prosperity”, “the green economy” and “dual circulation” – were included in the executive summary of the constitutional revision released by Xinhua.

The revision’s full version will only be available to the public in the next few days.

In the executive summary, the party noted that China was facing “unparalleled complexity, gravity and difficulty” to maintain its high-growth trajectory and stability.

Xi’s answer to these challenges is to double down on the centralisation of power at the top, strengthening party discipline and staying focused on the long-term development strategy.

In party parlance, it is called the “Two Establishes” – establishing Xi’s core position in the party and establishing the Xi Jinping Thought as the guiding principle. This is a departure from the collective leadership system that reached its high watermark during Hu Jintao’s era.

Collective leadership was designed after the Culture Revolution to guard against the excesses of a political strongman like Mao Zedong. However, it was also blamed for causing rampant factionalism, divisions within the party, inefficiency and a breakdown of discipline.

Xi has vowed to reverse the cause and reestablish discipline within the party. Under him, power has been concentrated at the top at an unprecedented level. He has used various campaigns, particularly the war against corruption, to restore discipline and a sense of purpose among the party members.

The president vowed that these campaigns, called “self-revolution”, would continue.

“They [party members] must be made more conscious of the need to maintain political integrity, big-picture thinking, following the leadership core, and aligning with the central leadership … This will ensure that the entire party strives in unity to build a modern socialist country in all respects and advance national rejuvenation on all fronts,” the summary read.