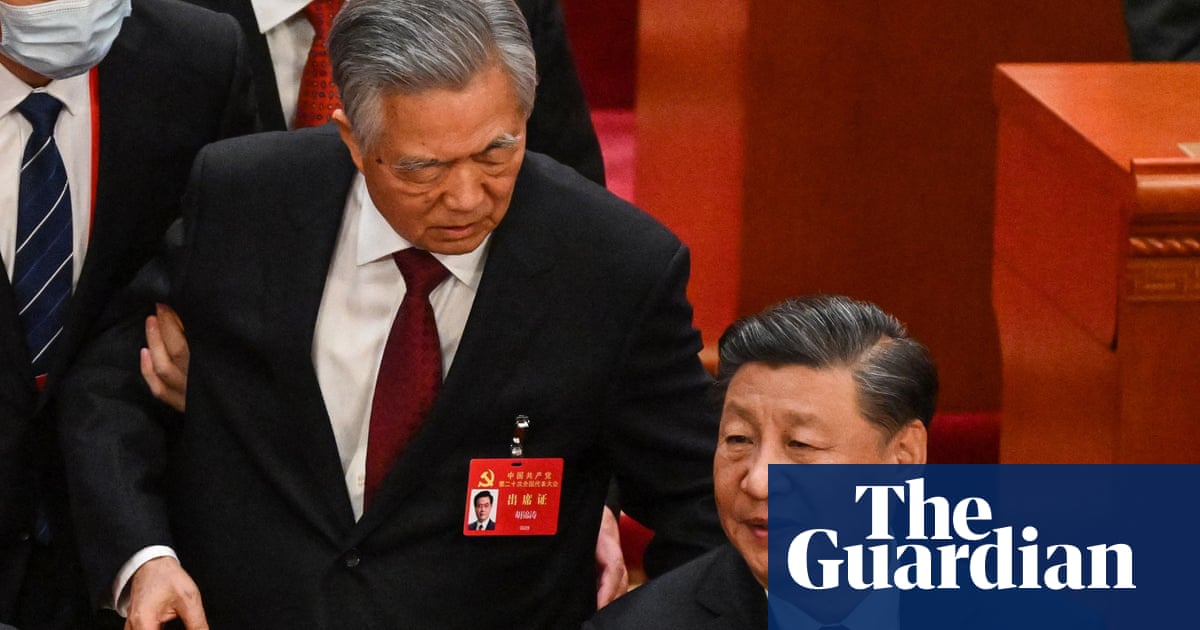 The frail-looking Hu, 79, initially seemed reluctant to leave the front row of politburo standing committee members in Beijing’s Great Hall of the People, where he was sitting next to President Xi Jinping.

He had brief exchanges with Xi and the premier, Li Keqiang, after stewards spoke with him. A steward, holding Hu’s arm, led the former president out.

Hu patted Li’s shoulder as he left. His departure was not explained.

Hu, who retired in 2013, appeared at last Sunday’s congress opening with his hair completely grey.

Xi, 69, is widely expected to be reaffirmed this weekend as the party’s general secretary, paving the way for him to gain a norm-breaking third term as Chinese president next March.

The new central committee of about 200 senior party officials was elected shortly after 11am on Saturday, state media agency Xinhua reported, without disclosing a full list of members.