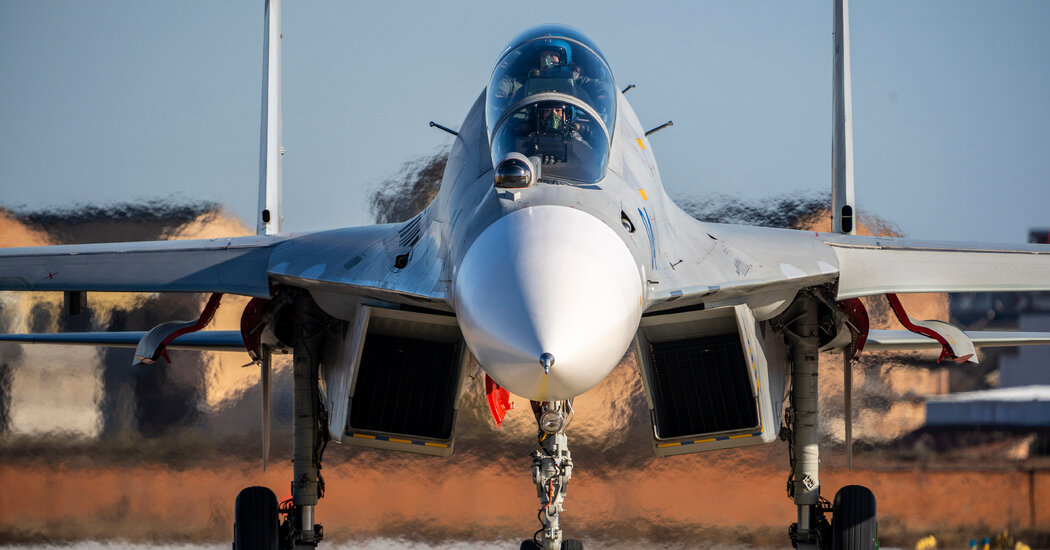 LONDON — China has recruited as many as 30 retired British military pilots, including some who flew sophisticated fighter jets, to train pilots in the People’s Liberation Army, according to Britain’s Defense Ministry. A senior official said the ministry worried that the practice could threaten British national security.

Britain said it was working with allies to try to stop the practice, which the official said dated to before the coronavirus pandemic but had gained momentum in recent months. The recruited British pilots, the senior official said, included former members of the Royal Air Force and other branches of the armed forces.

None of the retired pilots are suspected of violating the Official Secrets Act, the British law that covers espionage, sabotage and other crimes. But the official said that Britain was determined to tighten the controls on retired service members to guard against training activities that could contravene espionage laws.

“We are taking decisive steps to stop Chinese recruitment schemes attempting to head hunt serving and former U.K. Armed Forces pilots to train People’s Liberation Army personnel in the People’s Republic of China,” said a spokesman for the Defense Ministry, who, under department rules, spoke on the condition that he not be named.

Britain, however, does not have obvious legal tools to stop retired pilots from accepting training contracts from the Chinese army. The contracts are lucrative — about $270,000 a year — and are particularly attractive to pilots who retired from active duty several years ago, the official said.

China, the official said, has contracted the recruiting to a third party, a private test flying academy in South Africa.

The British official declined to say which allies had been involved in investigating the practice, but he suggested that their pilots had also been targets for recruitment.

None of the pilots recruited by the Chinese operated the F-35, the most advanced and expensive fighter jet in the British fleet. But several have flown older-generation warplanes like the Typhoon, Harrier, Jaguar and Tornado, according to the official. Though the pilots train their Chinese counterparts on Chinese planes, he said, the Chinese were eager to learn about British and Western tactics and procedures.

Relations between Britain and China have deteriorated sharply in recent years, with the government in London denouncing Beijing’s crackdown on pro-democracy activists in Hong Kong, a former British colony. In July 2020, the government of Prime Minister Boris Johnson banned the purchase of equipment from Huawei, the Chinese telecommunications giant, for its high-speed broadband network on national security grounds.

Under Mr. Johnson, China was designated as a “systemic competitor,” reflecting his government’s desire to balance criticism of Beijing’s human rights abuses with a continuation of trade relations. But the current prime minister, Liz Truss, has further hardened Britain’s stance. She is expected to designate China as a “threat” in an updated version of a defense and foreign policy review.

After a lull in recruitment during the months of pandemic-related travel bans, the official said, China’s efforts to lure pilots have since ramped up.

“All serving and former personnel are already subject to the Official Secrets Act,” the defense spokesman said, “and we are reviewing the use of confidentiality contracts and nondisclosure agreements across Defense, while the new national security bill will create additional tools to tackle contemporary security challenges — including this one.”