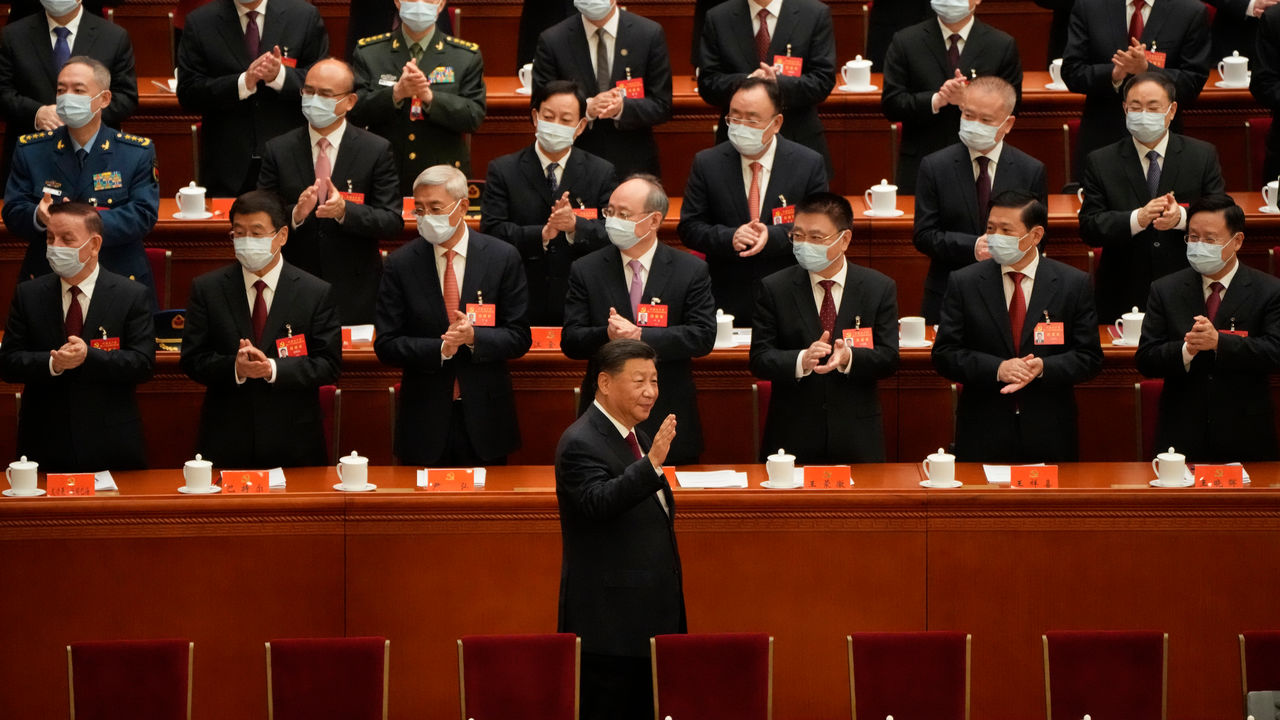 WHEN PRESIDENT XI JINPING spoke to the 19th Communist Party congress five years ago, China looked in much better shape than it does today. The economy was growing at a decent clip. Covid-19 had not yet emerged in humans. And there was much talk of “strategic opportunity”: the idea that China could expand its influence around the world without much interference.

On October 16th, as Mr Xi opened the 20th congress, the backdrop was more grim. China’s economy is sputtering, thanks in large part to the government’s “zero-covid policy”, which relies on draconian restrictions to contain outbreaks. Relations with America have collapsed. Nevertheless, Mr Xi’s speech was, if anything, even more triumphal than the one he delivered in 2017.

Before some 2,300 party delegates in Beijing Mr Xi trumpeted the party’s achievements, real and perceived, during his decade in power. He highlighted the elimination of extreme poverty (defined as a daily individual income of less than $2.30, in 2011 prices), which the party said it achieved last year. Describing a crackdown on freedoms in Hong Kong, Mr Xi said, “We’ve helped Hong Kong enter a new stage in which order has been restored.” On covid, he said that the party put “the people and their lives above all else”.

Yet the Chinese public is increasingly fed up with Mr Xi’s zero-covid policy. Entrepreneurs and foreign investors have been spooked by his regulatory crackdown on tech firms and the party’s expanding role in economic planning and development. Still, Mr Xi signalled that the “all-out people’s war to stop the spread of the virus” will continue. And he hailed what he called “Chinese-style modernisation”, while renewing his promise of “common prosperity”. “This congress is about consolidating a lot of the gains—at least gains in the mind of Xi Jinping—that the party has accomplished in the past ten years,” says Victor Shih of the University of California, San Diego. “Xi was not in the mood to change anything too radically.”

The “helmsman”, as Mr Xi is sometimes called, did warn of “high winds, choppy waters and even dangerous storms on our journey ahead.” He connected these challenges not to any failures of his own making, but to the “severe and complex international situation”. Attitudes toward China are hardening in many Western countries, particularly America, which sees China as a growing threat. Mr Xi did not use the term “strategic opportunity” in his speech this year (though it did appear in the written report accompanying it). Instead, he focused on “security”, using the term dozens of times, and said China must “accelerate” the modernisation of its armed forces.

Mr Xi fears that China will be excluded from technology supply chains dominated by the West. And for good reason: on October 7th the administration of President Joe Biden announced sweeping export controls, cutting people and firms in China off from many advanced technologies of American origin, and from products that rely on them. The list includes chips used for artificial intelligence, software to design advanced chips and the machine-tools to manufacture them. So it was little surprise that Mr Xi called for “self-reliance” and “resolutely winning the battle for key core technologies”.

America’s shadow hung over other parts of the speech, too. Mr Xi said he would continue to pursue peaceful unification with Taiwan, but added that China would “never promise to renounce the use of force and reserves the option of taking all necessary measures”. He and his predecessors have said as much before. Still, the section on Taiwan and the “​​complete reunification of the motherland” prompted loud and long applause. Mr Xi also warned unnamed “foreign forces” against interfering in the matter. After a visit to Taiwan in August by Nancy Pelosi, the speaker of America’s House of Representatives, China launched large military exercises around the self-governing island. Some had feared Mr Xi might use even tougher language to satisfy his nationalist supporters.

Mr Xi’s speech was preceded by months of fawning praise in state media intended to make the case that only he can lead China to a “great rejuvenation” and that, therefore, he must remain party chief, in contravention of recent retirement norms. But not everyone shares his happy view of the past decade. A few days before Mr Xi spoke, banners were hung from a bridge in north-west Beijing reading, “We don’t want covid tests, we want to eat; we don’t want lockdowns, we want to be free”. They called Mr Xi a “dictator” and a “traitor”.

Such protests are extremely rare in China. People who shared images of the banners online had their access to messaging services cut off. The man deemed responsible by the authorities was bundled into a police car. China’s Communist Party has always been obsessed with control, but under Mr Xi that obsession has deepened. In his speech, he offered a solution to the challenges ahead: “upholding the party’s leadership”. ■