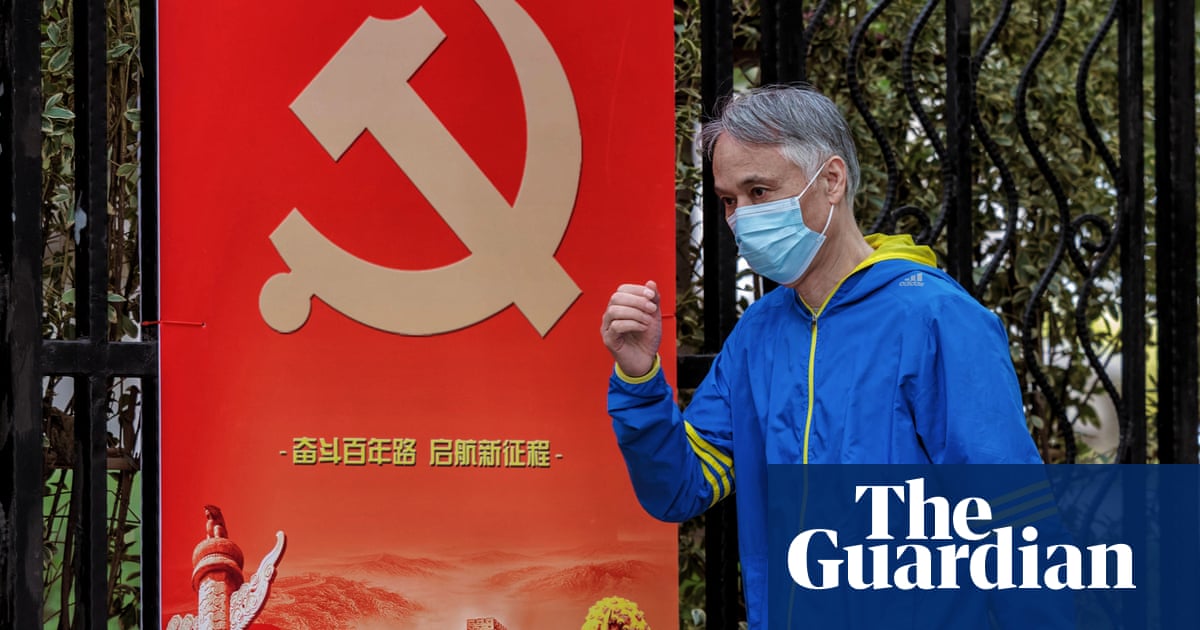 A rollout of Covid restrictions across Shanghai has fuelled fears the city is heading towards another lockdown, as Chinese authorities seek to contain outbreaks while maintaining a sense of stability before a major political meeting on Sunday.

Shanghai residents, who endured an arduous two-month lockdown earlier this year, have reported this week several schools moving into online classes and sudden snap lockdowns across the city. At least 46 residential buildings or neighbourhoods had been designated medium risk and one high risk, across 14 of Shanghai’s 16 districts, local media reported. Several districts have also shut down entertainment and sporting venues, and all new arrivals must get tested within 24 hours, authorities said on Sunday.

The city government said there was no mass school shutdown or lockdown coming, but the word-of-mouth reports of small localised restrictions, the erection of fences, and snap lockdowns trapping people at home or in other buildings, have heightened unease. On social media, some residents complained of fire escapes being locked, and pets left without care after owners were taken to quarantine. Others shared information about previously unreported lockdowns of shops and buildings.

Shanghai recorded just three locally transmitted cases and 44 asymptomatic cases on Wednesday. All tested positive while already in centralised quarantine facilities, and added to a total of 1,173 cases, 83% of them asymptomatic, since July.

Since Monday, China’s health commission has reported about 1,120 confirmed cases and 4,202 asymptomatic cases. The majority were recorded in Xinjiang, which has been subjected to severe lockdown restrictions in recent months.

At least 36 Chinese cities across 31 provinces were under various degrees of lockdown or control this week, affecting about 197 million people, according to monitors.

Across China, some people were blocked from returning to Beijing after the Golden Week holiday by alerts warning that they “may have a time and space relationship with the epidemic risk”. The blocks prompted speculation it was to reduce the risk of an outbreak in Beijing during this weekend’s Chinese Communist party congress meeting.

Other Chinese cities have increased testing, closed tourism sites, and halted public transport. Shenzhen, which reported 33 cases on Wednesday, has ordered daily testing for all arrivals for three days, while in Beijing the shuttle buses bringing tens of thousands of workers in from Tianjin and Hebei were suspended.

In Zhengzhou city, Henan, where 12 cases were reported, all residents must get tested every 24 hours in order to take public transport or enter public spaces, and in Guangzhou, where 10 cases were reported, authorities launched a mass testing drive and partial lockdown of at least one district.

China’s case numbers are low by global standards but the government has pledged a “dynamic zero” Covid strategy of containing and eliminating every outbreak. The policy was successful throughout much of the pandemic but has been challenged by the high transmissibility of newer variants, and the threat of sudden lockdowns and travel restrictions have begun to chafe with citizens.

“Is there anyone unluckier than me?” said one person who recently arrived in Zhengzhou. “I have experienced the lockdown of Xi’an, the lockdown of Shanghai, and now it’s Zhengzhou, please!”

In Beijing on Thursday a shortlived protest saw banners hung on an overpass, with one saying: “We don’t want PCR tests, we want to eat.”

In consecutive days of coverage this week, state media espoused the need for all citizens to stick with the policy, saying it was the only way to avoid huge losses of life and a run on medical resources. The article was widely shared with hundreds of millions of views but thousands of comments were censored, prompting some readers to joke that “dynamic zero” was being applied to comment sections.