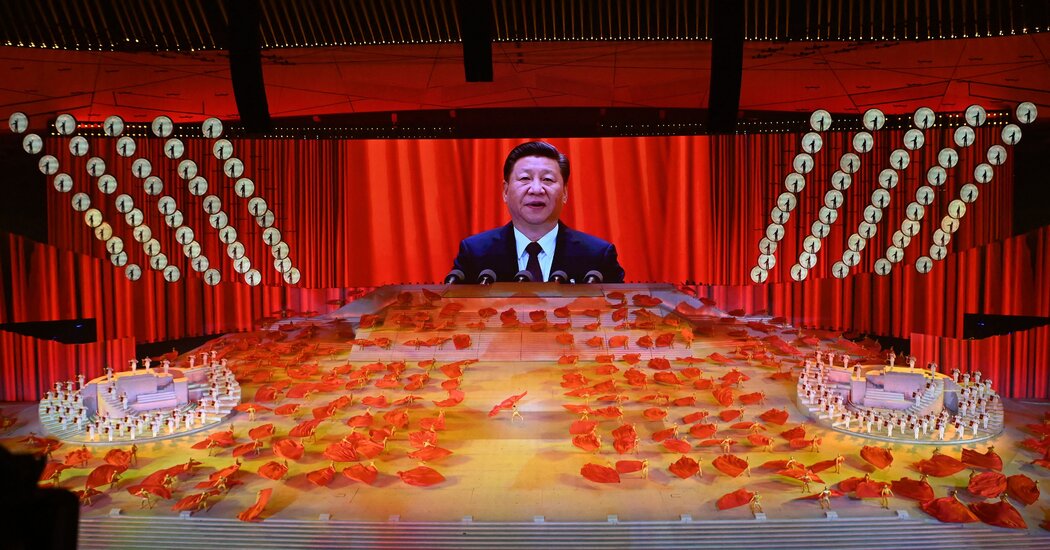 Caught up in one of the purges of the Mao era, Mr. Xi’s father was under house arrest for years, politically rehabilitated only after Mao died. During the Cultural Revolution, Maoist student militants ransacked the family’s home; one of Mr. Xi’s sisters died in the mayhem. Paraded publicly as an enemy of the people, his own mother was forced to denounce him. Mr. Xi eventually spent seven years exiled to the countryside as part of Mao’s exhortation to “learn from the peasants.”

Although hardened by the experience, Mr. Xi kept faith. A friend of his during those troubled times recalled a young man with an aura of destiny, a Communist “princeling” who regarded party leadership as his birthright and had his “eyes on the prize,” according to a classified 2009 report compiled by the U.S. Embassy in Beijing. Convinced that only the party could restore China’s strength, Mr. Xi was not corruptible by material gain, his old friend said. The question was whether he would succumb to the intoxication of power.

By the time he took over in 2012, China’s capitalist transition was complete, but new problems had emerged. The decade under his predecessor, Hu Jintao, was one of missed opportunity, the grand mission of national restoration seemingly forgotten. Corrupt local officials governed their turf like petty tyrants, and protests raged over government heavy-handedness, rampant corruption, poor labor conditions and colossal pollution.

The anti-corruption campaigns that dominated Mr. Xi’s first few years in power were often seen as cover for eliminating opponents. But he was primarily motivated by a larger mission to make the party more efficient and restore its image.

It is striking how little meaningful pushback he has encountered. Formidable as Mao was, even he encountered opposition to his destructive utopian policies. Deng Xiaoping faced resistance to his market reforms and Jiang Zemin contended with forces that wanted even greater reform. But with Mr. Xi, there has been almost no party dissent apart from occasional rumors of internal grumbling and some lower-level defections.

Part of the reason is the potency of the nationalist mission, which appeals to Chinese citizens far more than the cold logic of Marxism-Leninism. The displays of patriotic pride during the Beijing Winter Olympics last February were sincere, as were feelings of wounded anger when the United States and others blamed China for the pandemic. Even Chinese who may be averse to Communist Party rule still love their country.

Mr. Xi has been lucky to be able to build on the progress of his forbears. But he has been skillful, too. The internet could have threatened centralized authoritarian rule, but Mr. Xi’s government has used algorithms, face recognition and mass electronic surveillance to more pervasively assert party power. A technology backwater for much of the 20th century, China now has the world’s most advanced techno-autocracy.