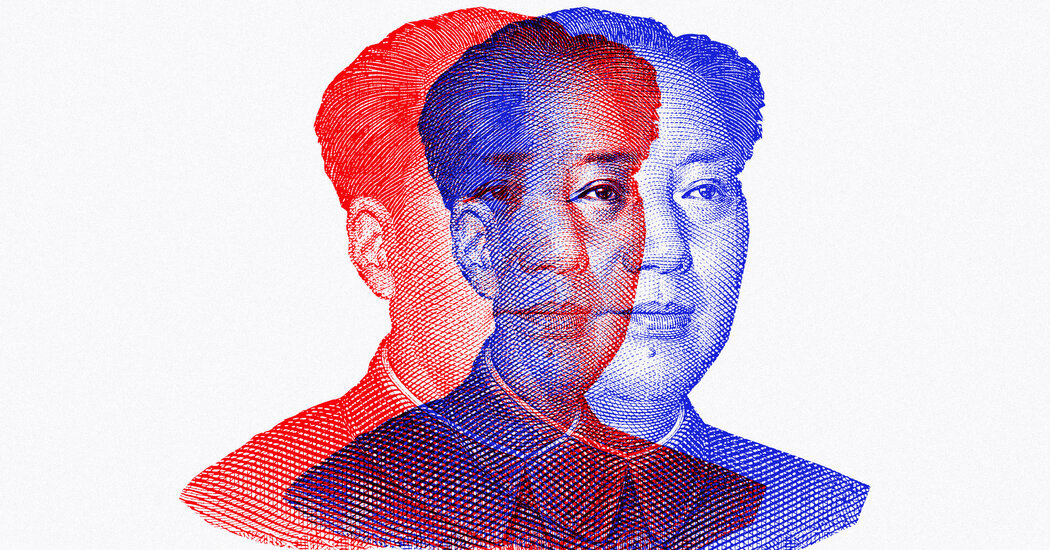 Mao is widely regarded today in the West as, at best, a flawed patriot and, at worst, a brutal dictator. The Great Leap Forward of 1958 to 1962, his misguided attempt at rapid industrialization, contributed to a famine that killed tens of millions of Chinese. So intent were ordinary Chinese on raising steel production that they melted down hoes, plows and other iron implements in crude backyard furnaces, leaving them nothing to work the fields.

Less than a decade later, Mao instigated the Cultural Revolution: Students turned in their teachers for sedition, Mao’s rivals were shot to death, and a whole generation of China’s best and brightest were exiled to the countryside for re-education (including Xi himself). Communism and isolationism kept China desperately poor under Mao.

Xi, however, sees Mao as very much worthy of emulation. Marquis, a professor at the Judge Business School of the University of Cambridge, gave me examples, saying: “He uses Mao’s slogans frequently. He dresses like him, gestures like him. At the 100th anniversary of the founding of the Communist Party of China” — which was last year — “he wore a very specific type of suit, a special kind of Mao suit that only Mao wore on very specific occasions. And he gave his speech from Tiananmen Square, just like Mao did when he proclaimed the founding of the P.R.C.”

If play acting were the extent of Xi’s emulation of Mao, no one outside of historians would much care. It’s more than that. Xi, like Mao, asserts the primacy of the Communist Party. He’s bearing down on or squeezing out private enterprises and foreign-owned businesses. He relies heavily on propaganda and cuts off his people’s access to foreign sources of information. He harbors bitterness toward nations — such as Japan, Britain and the United States — that he believes humiliated China in the past and aim to prevent its rise to greatness today. And he is intent on completing Mao’s civil war with the Nationalist army of Chiang Kai-shek by absorbing Taiwan, where the Nationalists fled in defeat in 1949.

One big difference is that under Mao, ordinary Chinese ate bitterness, as a Chinese expression goes, but they have tasted sweetness under Xi, under whose rule China’s economic miracle has continued. That’s an enormous advantage for Xi. The implicit bargain in modern China is that its leaders will deliver prosperity and, in exchange, the people will deliver their unwavering support. But Xi’s policies jeopardize that bargain by threatening China’s prosperity.