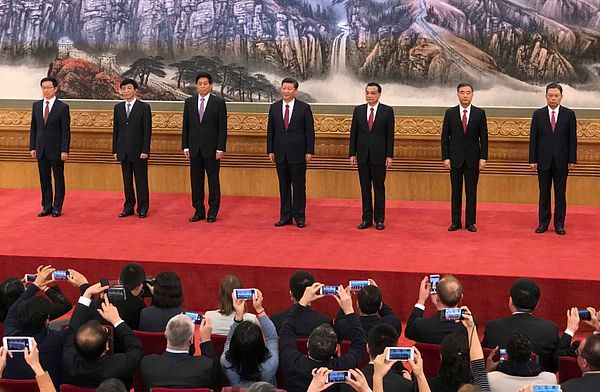 On October 16, China’s biggest political event – the 20th National Party Congress of the Chinese Communist Party – will officially open. The 20th Party Congress has been the subject of speculation since the 19th iteration closed on October 24, 2017, without naming an heir apparent to CCP General Secretary (and, separately, Chinese President) Xi Jinping, as would have been expected following recent precedent.

Each Party Congress is closely watched for the big leadership reveal at the end, when the new members of the Politburo Standing Committee (PSC) come marching out in order of rank. But there is plenty more to watch for, including the lengthy work report evaluating the CCP’s achievements over the last five years. With recent precedents at stake, the broader implications of the 20th Party Congress will be enormous.

In this two-part series, I’ll outline 10 specific things to pay attention to as the 20th Party Congress convenes on October 16: five relating to the leadership shuffle, and five to the work report.


The obvious answer is “yes, absolutely,” but it’s worth picking apart what this means. Xi staying on the CCP’s top leadership body for a third term would break with recent precedent in a number of ways. Most obviously, it would abrogate the usual two-term, 10-year limit for top leaders, which the CCP had adopted as a way to prevent domination of its upper echelon by increasingly elderly figures. On a related note, Xi is 69 years old, and the general rule of thumb for the PSC is that anyone aged 68 or above at the time of the Party Congress is moved into retirement. (As Ling Li pointed out in her analysis of the Party Congress as an institution, though, there is a case to be made that the CCP general secretary is exempt from the age limit.)

While few would contest that Xi is likely to remain in power, there is a conceivable scenario where he maintains his stature as the CCP’s top leader without staying on the PSC: If he reinstitutes the position of “party chairman” once held by Mao Zedong, placing himself above, rather than on, the Politburo Standing Committee. Alice Miller, a top expert on Chinese politics, has suggested this possibility. “Under this system, the party chairmanship would be restored and would go to Xi Jinping, [and] the general secretary would go to a younger man…” Miller speculated. “Chairman Xi would preside over the Politburo Standing Committee, which would provide the overall vision and guidelines for policy, and he would continue as Chairman of the Central Military Commission. The General Secretary would preside over the Secretariat and manage policy adaptation and implementation.”

As Miller also noted, however, in the last two instances this particular arrangement was tried, the chairman/general secretary bifurcation fell apart when the men holding those positions “fell afoul of each other.” This may not be palatable for Xi.

2. Who Else Will Make it Onto the PSC?

This is the big question for China watchers, as these are the leaders who will rule China for the next five years. And it begs another question: How many people will even be on the PSC? The 18th and 19th Politburo Standing Committees (from 2012 to 2022) each had seven members, but the 16th and 17th (from 2002 to 2012, under Hu Jintao) had nine. The 20th could keep seven members, expand back to nine, or even pick another number entirely – there’s no hard rule about how many members the PSC must have.

The people who make it onto China’s top leadership body, however many there are, will be closely examined for their factional affiliation and relationships with Xi. If the PSC is stacked with Xi’s allies, it would be a clear demonstration of his near-absolute sway over the party. If he is forced to accept a number of PSC members from rival factions, it would signal the opposite.

To give a rough idea, current PSC members Li Keqiang and Wang Yang are seen as part of the rival Tuanpai faction, as is PSC contender Hu Chunhua. PSC members Li Zhanshu and Zhao Leji are aligned with Xi, as are a number of PSC contenders: Ding Xuexiang, Chen Min’er, Li Qiang, and Cai Qi.

One question closely linked to the previous one is what happens to the “seven up, eight down” age limit rule. It has obvious implications for who makes it onto the PSC, but the age limit should also govern who remains there. As Dan Macklin noted in his recent analysis, “Since 2002, no PSC member has been reappointed at age 68 or beyond, or retired at age 67 or younger.”

That means getting rid of Li Keqiang and Wang Yang (both 67) while keeping Xi allies Wang Huning (67) and/or Li Zhanshu (72) would effectively kill the age limit rule. And that, as Ling Li explained in her recent article, would mean that “the CCP would have to face a serious ‘constitutional crisis’ regarding power succession at the PSC in the future.” Lifetime tenure until an objective age limit is reached would no longer apply.

As I noted above, the 19th Party Congress was notable for something it didn’t do: add a pair of leaders-in-waiting to the PSC, who could take over the top two leadership slots come 2022. Xi Jinping and Li Keqiang were the clear heirs apparent as of 2007, when they both were added to the PSC as the only men young enough to stay for one five-year term as rookies and then two additional terms as leaders (a total of 15 years).

So, will the 20th PSC include leaders who, by virtue of their age, seem obvious picks to take up the mantle from Xi at the 21st Party Congress? Or are we really looking at a “leader-for-life” scenario? Already, the lack of (relatively) young blood on the PSC from 2017 to 2022 caused concern about stunting the growth of China’s next-generation leaders.

The PSC has never had a single woman in its ranks, and that’s not expected to change this year. The 19th Politburo, from whose ranks the PSC members are usually chosen, only contains one woman, Sun Chunlan, who is not seen as a contender for promotion (she’s 72 and expected to retire).

With that in mind, the number of women who make it onto the Politburo will determine whether there’s any hope of us seeing a female PSC member come 2027. But women’s representation took a step back at the 19th Party Congress – the 18th Politburo had included two women: Liu Yandong and Sun Chunlan, while the 19th Politburo only had one. We could see a drop to zero with the 20th, which would add to fears about further encroachment on women’s rights and bodily autonomy.

Tomorrow, I’ll turn to the other big (but often overshadowed) happening of the 20th Party Congress: the work report, to be delivered by Xi Jinping.