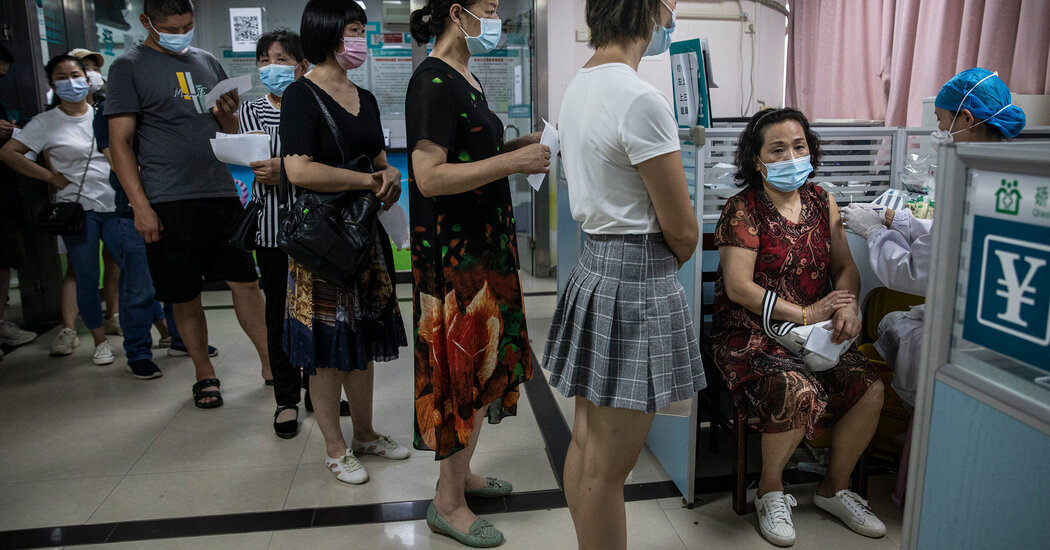 A Chinese Covid-19 vaccine based on mRNA technology has received government approval for the first time — but not in China.

The shot, developed by Walvax Biotechnology, Suzhou Abogen Biosciences and the Chinese military, was cleared this week by Indonesia for emergency use, handing China a long-sought victory in the development of a homegrown vaccine using mRNA at a politically sensitive moment for the ruling Communist Party.

First developed and approved in the West, mRNA vaccines have been embraced by countries all over the world, including Indonesia, and are considered among the most effective vaccines that the world has to offer. But more than two years into the pandemic, they are not yet available in China, which has relied on an increasingly draconian “zero Covid” approach to keep cases and deaths from the virus low.

A two-dose regimen of the Chinese mRNA vaccine had an efficacy rate of 71.17 percent against infection from the Omicron variant, according to Indonesia’s food and drug agency. Walvax has not published any details of the efficacy of its mRNA shot from its latest late-stage trial.

The mRNA vaccine has been cleared for people 18 and over. Indonesia has approved seven other Covid vaccines, including two made by Chinese companies, as well as BioNTech-Pfizer, Astra Zeneca, Moderna and Johnson & Johnson. Nearly 73 percent of the population has received at least two shots, according to Indonesia’s health ministry.

China’s 1.4 billion people are now one step closer to having access to an mRNA vaccine. While Beijing said early last year that it would approve the mRNA shot made by BioNTech and Pfizer, it later said it would focus on its own vaccines.

“At present, China has fully mastered the key core technologies of mRNA vaccines,” Li Yunchun, chairman of Walvax, was quoted as saying in Chinese state media. He said that China now had control of the entire supply chain of raw materials to produce the vaccine, which is known as AWcorna.

By approving AWcorna, Indonesia was adding another alternative to the country’s vaccine program, said Penny K. Lukito, the head of the country’s food and drug agency. The vaccine, which will be made in Indonesia, would also present “an opportunity for Indonesia to produce its own mRNA vaccine,” Ms. Lukito said.

The agency also said that the vaccine was halal-certified, an important factor for the world’s most populous Muslim-majority country.

China’s own drug agency did not respond to a request for comment about the approval process. Its first Covid vaccine, developed by Sinopharm, a state-owned pharmaceutical company, was not approved at home until several weeks after two other countries, the United Arab Emirates and Bahrain, cleared it for emergency use in December 2020.

AWcorna’s approval in Indonesia comes weeks before the most important event on China’s political calendar: the Communist Party’s 20th congress.

Authorities across the country have been quick to impose mass testing campaigns and lock down areas — sometimes even in response to just a handful of cases — to try to tamp down on any outbreak before the congress. An estimated 36 cities and 207 million people in China are currently under some kind of lockdown measure, according to the Japanese bank Nomura.

Videos of residents in several Chinese cities protesting have emerged online in greater frequency as people grow more frustrated with the long and stringent lockdowns in neighborhoods and college campuses.

Some experts have said that China’s “zero Covid” strategy — involving sealing borders, mass testing and snap lockdowns — has been necessary in part because of the inefficacy of China’s own vaccines, which use a century-old method for inoculation.