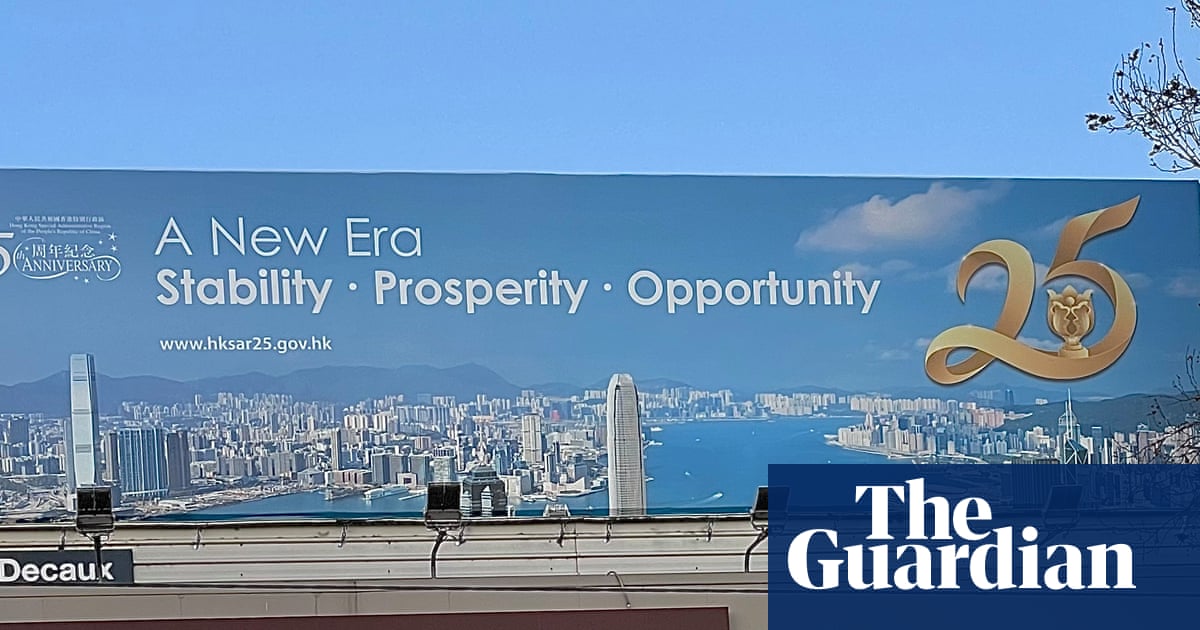 Billboards with a message from the man who led Beijing’s security crackdown in Hong Kong will remain on Australian streets despite complaints.

The advertisements in Sydney and Melbourne celebrate “a new era” in Hong Kong, where the Chinese Communist party has imposed new security laws and quashed dissent.

They feature a website with a message from Hong Kong chief executive John Lee, who oversaw that security blitz.

Lee was among those sanctioned by the US for “being involved in coercing, arresting, detaining, or imprisoning individuals under the authority of the National Security Law, as well as being involved in its development, adoption, or implementation”.

A message from Lee says Hong Kong is celebrating the 25th anniversary of the Hong Kong Special Administrative Region, which is when Britain formally handed Hong Kong to China.

“As we celebrate the joyful occasion commemorating Hong Kong’s return to the Motherland, I am fully confident of a promising future where we, under the auspices of our country, can give full play to our unique strengths under ‘One Country, Two Systems’,” he writes.

Members of the Hong Kong community in Australia, the Australia-Hong Kong Link, have formally complained to advertising regulator Ad Standards about the billboards, saying they believe it breaches the advertising code of ethics.

“While we understand some members of the community may find this billboard offensive, this type of content falls outside our jurisdiction,” the regulator said in a statement.

“Australia’s advertising self-regulation system is designed to regulate commercial marketing, and advertising of products and services.

“Political advertisements promote an idea or a point of view – rather than a product or service. Advertising by political parties, lobby groups and other interest groups often fall into this category.”

The Greens leader, Adam Bandt, said it was a “cruel reminder” of what has happened in Hong Kong.

“Disturbed to see a billboard in my electorate glorifying Hong Kong’s supposed ‘new era’ after the brutal crackdown on democracy activists and civil society,” he tweeted.

“It is a cruel reminder of the rights and freedoms that Hong Kongers have lost in their home city and should be taken down.”

JCDecaux, which has the contract to host the advertisements on its billboards said they meet “the relevant policies in relation to outdoor advertising”.

“JCDecaux displays content provided by third parties. Before publishing, the content of the advert was reviewed by JCDecaux against the relevant industry codes and guidelines for the outdoor media industry,” a spokesperson said.

Hong Kong’s human rights ranking has plunged after violent crackdowns on pro-democracy protests in 2019 and the introduction of the new laws in 2020.

Earlier this year a report from the Human Rights Measurement Initiative saw it ranked alongside Saudi Arabia, and closer to China’s spot in last place.