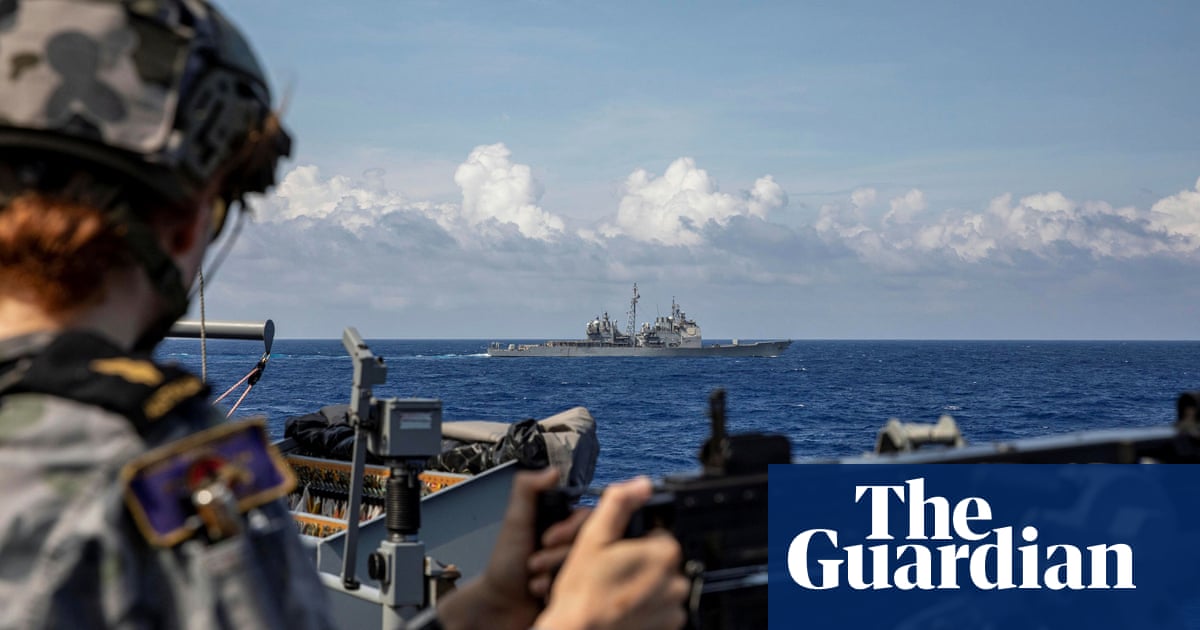 China has accused Australia of provocation in the South China Sea and said Australia – along with the United States and Canada – must “refrain from abusing China’s restraint”.

Foreign ministry spokesman Wang Wenbin was responding to a question about recent military encounters in the South China Sea, including reports in Politico that a Chinese fighter jet had an “unsafe” and “unprofessional” interaction with an American C-130 aircraft.

Just after the May Australian election, an RAAF P-8 maritime surveillance aircraft was intercepted by a Chinese fighter jet, which the prime minister, Anthony Albanese, called “an act of aggression and a dangerous act”.

Wang’s comments on the interactions were reported in the Global Times, owned by China’s ruling Communist party.

“We … urge the relevant parties to respect facts, refrain from abusing China’s restraint, and immediately stop any actions that endanger China’s national sovereignty and security in the name of implementing UN security council resolutions,” he was quoted as saying.

The Global Times reported that Wang had previously said the actions were a “complete provocation” to China.

Relations between Australia and China have shown some signs of a thaw, particularly after the foreign affairs minister, Penny Wong, met her Chinese counterpart, Wang Yi, in Bali earlier this month.

However, tensions remain over trade, as well as China’s militarisation in the South China Sea, the artificial islands it has built and its claims to territory contested by other Asian nations.

The US regularly runs freedom of navigation operations (Fonops) in the region, as it does all over the world to challenge other countries’ claims to territorial rights.

It has put some pressure on Australia to do the same. But Australia, while it regularly exercises its right to send warships and planes through the area (which covers critical trade routes), does not venture within 12 nautical miles of territory claimed by China.

Some have speculated that something closer to a US-style program could begin under the new defence minister, Richard Marles. Donald Rothwell, an international law professor at the Australian National University, said the ministerial language has become more assertive.

In response to an ABC story earlier this month about an Australian warship being tracked by a Chinese submarine, Marles declined to address the incident but said Australia routinely sent warships.

“It’s been doing it for decades, and it is focused on asserting the UN convention on the law of the sea: freedom of navigation, freedom of overflight, the global rules-based order, which I’ve been describing as being so important for our national interest,” he said.

Rothwell said the statement seemed like a “hardening” of the language. “We’ve never formally conducted Fonops like the US,” he said. “But now we’re actively ‘asserting’, because we believe we can do that under the law of the sea convention.”

Ben Scott, the director of the Australia’s Security and the Rules-Based Order Project at the Lowy Institute, agreed, saying usually a minister would use the word “exercise” freedom, rather than “assert”.

“If you compare what he’s said with what Defence has said officially, his take has been much more front-footed,” Scott said.

He also noted that in opposition Marles had called for Australia to start Fonops.

In 2016, Marles said the navy and air force should be authorised to conduct freedom of navigation exercises in the South China Sea, including within 12 nautical miles of the artificial islands China has built there.

“It is important that we are asserting our rights to navigate the high seas under international law,” he told the Sydney Morning Herald.

John Blaxland, a professor of international security and intelligence studies at the Australian National University, said it was important that Australia continued its existing missions because “if you don’t exercise a right, you eventually forfeit it”. But he said Australia’s approach was “consistent” and had been so for 40 years.

“We appreciate we’re potentially a target if we stick our heads too far above the parapet,” he said.

While Australia has been consistent, China keeps expanding the size of the zone it claims, including by its so-called nine-dash line.

“China’s trying to scare away, intimidate away, these rights of navigation, rights of transit,” Blaxland said.