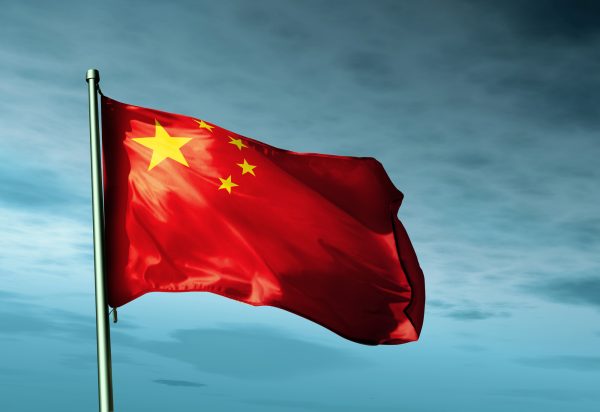 During the annual Boao Forum, held in April 2022, China’s President Xi Jinping delivered a speech via videolink proposing a “global security initiative” (GSI) based on the principle of “indivisible security.” The speech was notable because it is the first time China has hinted at its readiness for a new approach to global security “with Chinese-characteristics.” But Xi’s description of the GSI was sorely lacking in details. So will it actually succeed?

A Troubled and Divided World

There are solid reasons why Beijing has chosen this moment to propose the GSI and its principles. The world is currently facing a multidimensional crisis: economies were still dealing with the health and fiscal effects of the COVID-19 pandemic when Russia’s invasion of Ukraine drove commodity prices up, sparking fears over energy security and food security globally. Ukraine joined Yemen, Afghanistan, and northern Ethiopia as places where war has triggered humanitarian crises, even while UNICEF raised the alarm about climate-induced emergencies across the Horn of Africa.

While there has been no shortage of diplomatic rhetoric from leaders across the globe calling for cooperation to address these issues, the fact remains that the pursuit of geopolitical and security interests not only stifles international cooperation but can itself directly cause war and other crises.


Which is where the principle of “indivisible security” comes in. First set out in the 1975 Helsinki Final Act, where participating countries of the Euro-Atlantic bloc indicated a willingness to sustain peace, the principle has been included in many national strategic documents and is based on the idea that no country can strengthen its security at the expense of others. The principle emphasizes the benefit of cooperation by states while highlighting the inverse – that insecurity in one state affects the welfare of all others. For economist readers, it frames national security as a non-excludable, non-rivalrous global public good.

The OSCE’s 2010 document on indivisible security further states that the principle implies more than setting parameters for the contact between antagonistic blocs. Concurrently, it is agreed within the document that states have an equal right to security, including the inherent right to freely choose or change security arrangements or treaties.

The GSI to China

Like any other state, China pursues its national interests, but as a rising superpower, it also seeks to establish its global leadership. Beijing consistently highlights joint military efforts between the United States and its allies as provocations, while indicating China’s own willingness to respect the security concerns of other states, as well as observe the purposes and principles of the U.N. Charter. The GSI can promote an image of a benign superpower.

That said, there is considerable anxiety in neighboring countries about China’s rise – for instance China’s territorial claims in the South China Sea. Furthermore, the U.S. and allies have been ramping up efforts to protect against what they see as a “China threat,” both in economic and security terms, including with talk about decoupling.

However, the GSI could be useful as a counter. Other analysts have indicated that this is the first time that China has argued for indivisible security while pointing out the implications of U.S. actions in Asia. “If China deems actions by the U.S. and its allies on Taiwan or the South China Sea as disregarding its security concerns, it could evoke the concept of ‘indivisible security’ to claim the moral high ground in retaliation,” said Li Mingjiang, associate professor at the S. Rajaratnam School of International Studies in Singapore told Reuters. Focusing more on the economics, China has a large and burgeoning domestic market, but its economic structure is still largely export-led. Speaking to Europe’s fears in a familiar language might boost confidence in a China-oriented global value chain.

So what has the global responses been so far, and what should it be?

Who Are Targeted GSI allies?

Russia is of course already supportive of China’s initiative. However, while so far EU-China trade ties remain intact, Europe is alarmed by Russia’s invasion of Ukraine and continuing to rethink its China ties. Despite the European roots of the principle of indivisible security, it seems there is no rush in Europe to get on board with the new China-led initiative.

Also, some neighboring countries, especially Vietnam and the Philippines, already do not see China acting in accordance with “indivisible security” in the South China Sea. If these countries are to be brought on board, China may need to make active concessions on maritime boundaries and allow neighboring coastal states access to some of the South China Sea resources – especially fish and minerals.

The Pacific countries are another target for China’s new security concept. However, as last week’s meeting with Foreign Minister Wang Yi proved, these countries will need more time to coordinate and discuss, as many did with the Belt and Road Initiative (BRI). The same is likely true for the Latin American and Caribbean region, also given their differentiated speed of engagement with BRI.

The African region is another target. Against the backdrop of existing security partnerships with African countries that adhere to the non-interference principle, many African governments are likely to see “indivisible security” as well aligned with their views on international security. Furthermore, like the BRI, the GSI could be seen by some African countries as an opportunity to have greater sway in global economics and politics.

But if China really wants the GSI to be high impact in global terms, it is the South Asian region that is most critical to engage. In particular, India, like Africa, has 1.4 billion people –  but unlike Africa, India is one state, with nuclear arms, a purchasing power which around 2024 will overtake the U.K., France, and Germany combined, and annual GDP growth of 8-9 percent. India is a rising global superpower. However, continuing border disputes, as well as China’s position regarding Pakistan and India’s conflict in Kashmir pose a catch. For India to buy in to China’s initiative, India needs have a clearer idea of how China’s principle of “indivisible security” would play out in relations with India itself. Indeed, the same can be said about Pakistan. But India is clearly ready to discuss with China and “sit on its own ground,” as Foreign Minister Jaishankar explained in a recent interview.

The concept of indivisible security is not novel. But by proposing the GSI, China is trying to show that it has practical ideas for the world, now in a new sphere. China has no shortage of ambition, and at a time the world is facing a multidimensional crisis, Beijing sees an opportunity. It is timely, and we’ve been here before.

Launched in 2013 as the “One Belt, One Road” policy, what evolved to become known as the Belt and Road Initiative was a fairly broad Chinese initiative around global economic partnerships. It was hazy at the beginning, but has continued to garner support, affect economic trends, and shape global economic cooperation, including the creation of the Asian Infrastructure Investment Bank (AIIB). Today, the BRI is still evolving, despite having acquired little to no engagement from Europe, Japan, or the U.S., even if these might have initially been aspirational ideal partners for China.

Perhaps this is what we should expect from China’s GSI. That said, whatever the strategy, China cannot create global governance by itself. Beijing needs major countries like India, Russia, and the continent of Africa to make the GSI truly global. Like the BRI, only time will tell whether China’s latest initiative will succeed.