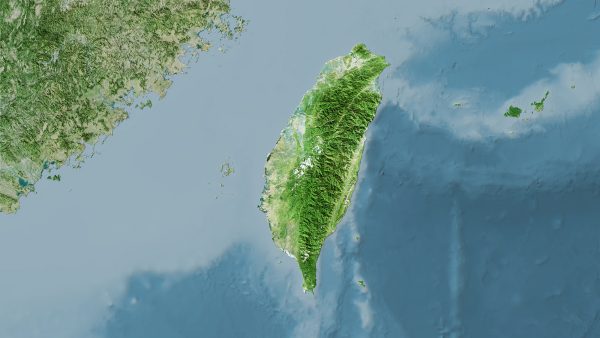 In his April 20 phone call with U.S. Defense Secretary Lloyd Austin, Chinese Defense Minister Wei Fenghe is reported to have stated that “Taiwan is a part of China and no one can change that.”

This is only the most recent example of the increasing stridency with which the PRC government in Beijing under Xi Jinping over the past few years has been emphasizing that Taiwan is “an inalienable part of China” and has been since the Ming and Qing Dynasties.

The problem with Beijing’s position is twofold: first, it has no solid historical basis, and second, historically speaking it is relatively recent. Thus it is not as “principled” and “consistent” as it is portrayed to be.

Historical Relations: More Complicated That Beijing Would Like to Admit


The claim that Taiwan was part of China during the Ming and Qing dynasties is debatable at best. It was certainly not part of the Ming Dynasty (1368-1644): When the Dutch East India Company arrived in Taiwan in 1624, it found no evidence of any Ming administrative structure, while before that time, it was only inhabited by native aborigines of Malay Polynesian descent.

Yes, in 1662, Dutch rule ended when Ming adherent Cheng Chen-kung (a.k.a. Koxinga) was driven from the mainland by the advancing Manchu armies, took refuge on the island, and established the short-lived independent Kingdom of Tungning. But the Ming Dynasty was long gone by that time, and the Cheng family rule ended in 1683, when his grandson was defeated by the Manchus at the battle of the Pescadores.

The new Manchu Emperor wasn’t really interested in the island at all; his main goal was to defeat the last remnants of the Ming Dynasty. In 1683, the Kangxi Emperor even stated that “Taiwan is outside our Empire and of no great consequence.” He offered to let the Dutch buy it back.

From 1683 to 1895 Formosa was formally administered as part of the province of Fukien, but in reality it was a wild and open frontier. More than 100 armed revolts took place during that period. The inhabitants viewed the Qing Dynasty as very much as a colonial regime and in no way saw themselves as “part of China.” It was not until 1887 that Taiwan was formally elevated to the status of “Province of China,” but that only lasted eight years – an inconvenient truth for Beijing.

But the main point of this analysis is that the position of the CCP leaders in particular has not always held that Taiwan is “an inalienable part of China.” In 1942-1943 the CCP leaders made a 180-degree turn in their position on Taiwan, which deserves a closer look.

From Formosa Republic to Colony of Japan

In the April 1895 Peace Treaty of Shimonoseki, which concluded the 1894-95 Sino-Japanese War, it was decided that – inter alia – sovereignty over Taiwan would be formally transferred in perpetuity from the Qing Empire to Japan.

Taiwan had not been consulted in any way in this decision, and in May 1895 the local gentry convinced Qing Governor Tang Jingsong to declare the independent Republic of Formosa, while “Black Flag” general Liu Yongfu commanded an army of some 100,000 soldiers.

But the newly formed republic was no match for the modern Japanese army, and by October 1895 the Japanese had routed Liu and his troops. Still, local armed resistance against the Japanese continued for almost a decade, forging a newfound “Taiwanese” identity.

Over the next two decades, the Japanese laid the groundwork for Taiwan’s modernization, building harbors, railway lines, roads, schools, hospitals, and sanitation systems while cracking down harshly on expressions of Indigenous identity. In the early 1920s, Taiwan had become Japan’s “model colony.”

In the meantime, the 1911 Xinhai Revolution had occurred in China, ending the Qing Dynasty and establishing the Republic of China. Certainly during the first decade of the ROC’s existence, the various Chinese governments typically treated Taiwan with utmost indifference and at times referred to Taiwan as a separate country.

By the late 1920s, the young CCP was of course primarily engaged in its struggle for survival against Chiang’s Nationalists. But they did develop a very distinct position vis-à-vis Taiwan, which was totally the opposite of the party’s present position.

As is described in detail in the seminal study by Frank S. T. Hsiao, and Lawrence R. Sullivan. “The Chinese Communist Party and the Status of Taiwan, 1928-1943,” between 1928 and 1943 Communist Party leaders consistently recognized the Taiwanese as a distinct “nation” or “nationality” (minzu).

The CCP also acknowledged the “national liberation movement” on Japan-occupied Taiwan as the struggle of a “weak and small nationality” that was separate from the Chinese revolution and potentially sovereign.

This was expressed most clearly by Chairman Mao Zedong in his 1937 interview with American journalist Edgar Snow, who quoted Mao as saying: “…we will extend them (the Koreans) our enthusiastic help in their struggle for independence. The same thing applies for Taiwan.” This position was reiterated in subsequent years by CCP luminaries like Zhou Enlai.

But those positions changed rather abruptly in 1942-43. When the tides of World War II in the Pacific started to turn after the Battle of Midway, Chiang’s Nationalists began to argue that after the end of the war, Taiwan should be “returned” to the Republic of China. This position found its way into the joint communique issue after the November 1943 Cairo Conference between U.S. President Franklin Roosevelt, British Prime Minster Winston Churchill, and Chiang Kai-shek, the now well-known “Cairo Declaration.”

Not to be outdone by their rivals, the CCP also reversed their position. They now started to claim that Taiwan should become part of their China, which was eventually established as the People’s Republic of China in 1949.  These shifts to a new position were formalized in official CCP decisions and statements by party leaders and expressed through key political terminology.  That became the basis for the PRC’s current intransigent policies.

Thus, for a significant period in its early existence, the CCP, including Mao himself, considered Taiwanese a distinct nationality and advocated for Taiwan’s existence as an independent nation separate from China. It would be good to remind leaders in Beijing of this fact, and encourage them to look for peaceful solutions along those lines. Their current policies can only lead to conflict.