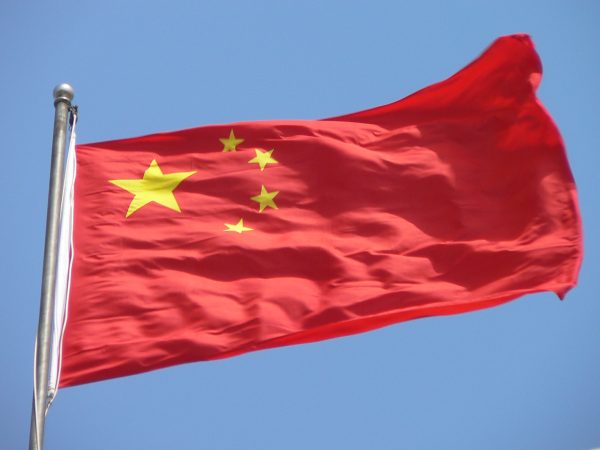 Shifts in China’s economic and military power continue to produce dramatic headlines, but few recognize the changing nature and impact of China’s internationally oriented discourse as a form of power. Those that do tend to argue China still can’t do soft power and communicates poorly with the outside world. On closer inspection, however, 2021 seems to have charted a subtle increase in China’s “discourse power.”

COP26 is a prime example. Despite facing international criticism due to Xi Jinping’s physical absence and surging domestic coal consumption, China appears to have successfully employed discourse to set certain agendas at the conference. The concept of “Ecological Civilization,” a slogan closely linked to Xi’s leadership, found its way into many climate conversations. This followed the Kunming declaration, signed by over 100 nations on October 13, which enshrined Ecological Civilization as a “Shared Future for All Life on Earth.” And on November 1, the first day of COP26, the U.K. launched the Clean Green Initiative (CGI), which has clearly been informed by China’s Belt Road Initiative (BRI).

This is not to mention the Build Back Better World (B3W) announced at the G-7 summit in August. It is significant that that the CGI and B3W have adopted nomenclature that imitates the BRI – even though these projects are intended to counter or compete with China. In that sense, the CGI and B3W represent a shift in China’s ability to shape international discourse around development finance. Considering that the BRI is in reality just an umbrella term for China’s diverse global trade and investment relationships, it has been remarkably successful as a narrative capable of influencing foreign audiences and policymakers (its practical economic performance notwithstanding).

Over the past two decades discourse power (huayu quan) has emerged as a buzzword used increasingly by Chinese political and economic commentators. As quan translates to both “right” and “power,” huayu quan can also be understood as the right to speak and be heard, or the right to speak with authority. In practice, discourse power entails creating shared vocabularies in the international realm that elevate China to a more favorable position.

In the pursuit of discourse power, diplomats and state media have been encouraged by Xi Jinping to “tell China’s story well.” This task is especially urgent given the prevalence of what has been termed “China threat” discourse: depictions painting China’s rise in a negative light.

In recent years Xi has been the driving force behind a top-down effort to increase China’s discourse power. In August 2013, he made a keynote speech at the National Propaganda and Ideology Work Conference in Beijing, saying, “We must strive to move international communications capacity construction forward… disseminate China’s voice well, and strengthen our discourse power internationally.” In May 2021, Xi once again reiterated the importance of discursive power in remarks made to a Politburo study session: “China’s international discourse and influence have significantly increased while also faced with new situations and tasks.”


One of these “new situations” was the outbreak of the COVID-19 pandemic in early 2020. Aware of China’s image problems, Xi’s leadership doubled down on discursive initiatives, projecting terms such as “win-win cooperation” and “community with a shared future for mankind” with increased frequency. Over the past two years we have also seen China’s discourse become weaponized with “wolf warrior diplomacy,” a form of public diplomacy that is openly combative. As an example, in February 2020 Zha Liyou, Chinese Consul General in Kolkata, replied to one tweet by saying: “You speak in such a way that you look like part of the virus and you will be eradicated just like virus. Shame on you.”

But many of China’s attempts at globalizing its preferred political discourse have not been successful. The “Chinese Dream,” a cornerstone slogan of national rejuvenation since 2012, has found little positive reception in other countries. This is despite a concerted attempt by China to popularize a discourse of respective national dreams over the past eight years.

Chinese diplomats, ambassadors and consul generals have invented and promoted an endless list of dreams: an Argentine Dream, Salvadorian Dream, Trinidad and Tobago Dream, Ghanaian Dream, Malian Dream, British Dream, Sino-French Dream, African Dream, and Latin-American Dream, to name a few. This discourse attempts to standardize diverse examples of national development as analogous “dreams,” to build international legitimacy for China’s rise through commonality. However, the political elites in these countries and regions seldom adopt Chinese Dream discourse and are at times alienated by it. With the Chinese Dream, China has not created a shared vocabulary but is instead largely talking to itself.

Examples such as the Chinese Dream show the limits of China’s discourse power. But they also show that China is in a learning process of improving its discourse power – a trial and error approach. Official translations of the Chinese term, zhongguo meng, initially used “China Dream” and “Chinese Dream” interchangeably, but by mid-2013 the latter had firmly supplanted the former – this change was a conscious decision to promote a less threatening picture of Chinese aspirations. This shows that, in pursuit of shaping the discursive landscape around its own rise, China is responsive to international reception and adapts its projected discourse over time.

Considering its separation from the material manifestations of power, such as economic and military resources, discourse power is often understood as a form of soft power. Joseph Nye’s conceptualization of soft power clearly has some overlap with discourse power – both are structural social forces acting beneath the level of individual behavior. However, the concept of soft power is usually operationalized to quantify state capabilities that are analogous or supplementary to hard power capabilities. Soft power alone fails to properly encapsulate the scope and nature of discourse power.

Discourse power is in many ways qualitatively different to soft power, having a more foundational impact on international relations. From a Foucauldian understanding of discourse and power, if China succeeds in changing the global “system of discourse,” in doing so it could alter the very nature of international ordering. In an Guancha interview in 2013, Director of the China Institute at Fudan University Zhang Weiwei said: “The ‘Western discourse’ system is very bad, and the era of ‘post-Western discourse’ has begun… China’s rise has touched many sensitive nerves in the world, and it has far exceeded the interpretation capabilities of Western political discourse. In this great change, China has played a pivotal role… the Chinese discourse system contributes to the formation of the new world order.”

These are grand ambitions. Zhang and many others in China are confident that China’s discourse power will steadily increase. But quantifying a state’s discourse power is an analytical challenge. Identifying the normative impact of discourse is not the same as locating hidden missile silos in the Xinjiang desert. Establishing clear causal impacts of discourse and narratives is inevitably difficult, particularly across borders and between a number of actors and audiences. As we are unable to objectively measure it, discussions around discourse power remain mired in layers of abstraction.

Because of this, in the West the notion of discourse power tends to be treated as something that’s either superficial, epiphenomenal, or an idiosyncrasy exclusive to China’s public diplomacy. This is a conceptual handicap. In an era defined by the rapid exchange of information, geopolitical outlooks must begin to appreciate the significance of words, discourse, and narratives – and the power that Chinese leaders at least perceive these to have – as a constitutive element of international relations. Without doing so, Western policymakers and academics alike are ill equipped to understand and respond to encroaching Chinese discourse power.

Going forward, greater attention to discourse and narratives is needed in analyses of China’s foreign policy. To Chinese decision-makers, being heard and listened to is an essential component of China’s ascendance to great power status. Recognizing Chinese political perspectives on discourse power allows us to better understand strategic thinking in Beijing. It also reiterates that, as China grows in global influence, Western modes of knowledge must be reoriented to consider non-Western notions of power.

China still has a long way to go in becoming a discourse superpower. The Chinese Dream does not and may never carry the same influence as the American Dream. Nonetheless, slowly but surely, China is making headway in its quest for greater discourse power.