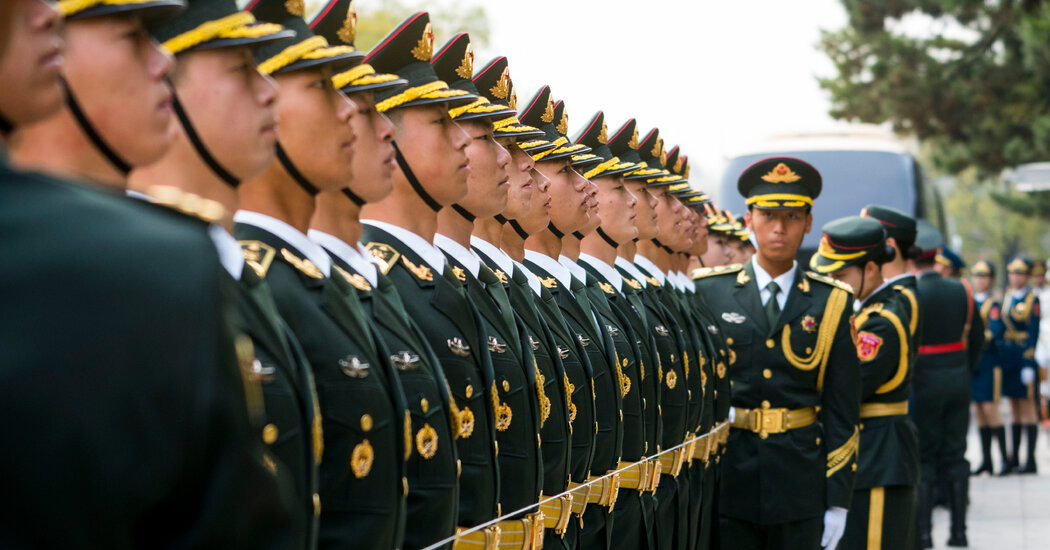 A new idea is gaining currency among some politicians and policymakers in Washington: The United States is in a Cold War with China. It’s a bad idea — bad on history, bad on politics, bad for our future.

The Biden administration has wisely pushed back on the framing. But the president’s actions suggest that his strategy for dealing with China may indeed suffer from Cold War thinking, which locks our minds into the traditional two-dimensional chess model.

Competition with China, though, is a three-dimensional game. And if we continue to play two-dimensional chess, we will lose.

While neither the conflict with the Soviet Union nor the current competition with China has led to all-out combat, the games are very different. During the Cold War, the Soviet Union was a direct military and ideological threat to the United States. We had almost no economic or social connections: Containment was a feasible objective.

Because the game was based on a simple two-dimensional premise — that the only fight was between their respective militaries — each side depended on the other not to pull the trigger. But with China, the three-dimensional game features a distribution of power at each level — military, economic and social — not just one.

That is why the Cold War metaphor, although convenient, is lazy and potentially dangerous. It obscures and misleads us by underestimating the real challenge we face — and offering ineffective strategies.

On the economic level, the United States and China are deeply interdependent. The United States had more than half a trillion dollars in trade with China in 2020. While some voices in Washington talk about “decoupling,” it would be foolish to think we can separate our economy completely from China without enormous costs. And we should not expect other countries to do so either, since China is reportedly now the largest trading partner of more countries than the United States.

The social fabrics of the United States and China are also deeply intertwined: There are millions of social connections, from students and tourists and others, between the two countries. And it’s physically impossible to decouple ecological issues like pandemics and climate change.

Interdependence is a double-edged sword. It creates networks of sensitivity to what is happening in another country that can encourage caution. But it also creates vulnerabilities that both Beijing and Washington can try to manipulate as tools of influence.

Despite the above factors, a two-dimensional mind-set assumes the United States can take on China largely because of its military superiority. While China is modernizing its forces, the United States is still the only truly global power. (Though it’s unclear how long that will last.) We must carefully plot our horizontal moves — like improving relations with India and reinforcing our alliance with Japan — on the traditional military board of chess to maintain the balance of power in Asia. At the same time, we cannot continue to ignore the different power relations on the economic or transnational boards — and how those levels interact. If we do, we will suffer.

Opinion Conversation The climate, and the world, are changing. What challenges will the future bring, and how should we respond to them?

On the economic board, the distribution of power is multipolar, with the United States, China, Europe and Japan the largest players. And on the transnational board, when it comes to issues such as climate change and pandemics, nongovernmental actors play powerful roles and no country is in control.

And yet, the United States has an inadequate trade policy for East Asia, which leaves the field to China. On transnational issues, the United States risks letting sour relations with Beijing jeopardize climate goals. China is the largest emitter of greenhouse gases. Foreign Minister Wang Yi has warned America not to expect climate negotiations to remain an oasis in a desert of overall relations.

No country can solve transnational issues like climate change and pandemics alone. And so the politics of ecological interdependence involve power with as well as over others.

The political competition today is also different. The United States and its allies are not threatened by the export of Communism in the same way they were in the days of Stalin or Mao. There is less proselytizing; few today take to the streets in favor of “Xi Jinping thought.”

Instead, China manipulates the system of deep economic and political interdependence to support its authoritarian government and to influence opinion in democracies to counter and pre-empt criticism. For evidence of that, we just have to look at China’s economic punishment of our allies Norway and Australia for daring to knock China on human rights. A three-dimensional strategy would recognize and respond to the fact that these actions taken by China create opportunities for us to take supportive steps that will in turn increase our influence. Trade agreements would help, as does the recent agreement to export our nuclear submarine technology to Australia.

For better and worse, we are locked in a “cooperative rivalry” with China that requires a strategy that can accomplish those two contradictory things — compete and cooperate — at the same time.

At home, the United States must reinforce its technological advantages by increasing support for research and development. On the military board, this means restructuring traditional forces to incorporate new technologies and strengthening the aforementioned alliances.

On the economic board, American withdrawal from the Trans-Pacific Partnership left a gaping hole in an important area of trade. And on transnational issues we need to strengthen and develop institutions and international treaties — such as the World Health Organization and the Paris climate accord — to cope with health and climate issues.

Pessimists look at China’s population size and economic growth rates and believe they will prevail. But if we treat our allies as assets, the combined military strength and economic wealth of Western-aligned democracies — the United States, Europe, Japan — will far exceed that of China well into this century.

President Biden is correct that Cold War talk has more negative than positive effects. But he also needs to ensure that his China strategy suits the three-dimensional game.

Joseph S. Nye (@Joe_Nye) is a professor at Harvard University and the author, most recently, of “Do Morals Matter? Presidents and Foreign Policy From FDR to Trump.”